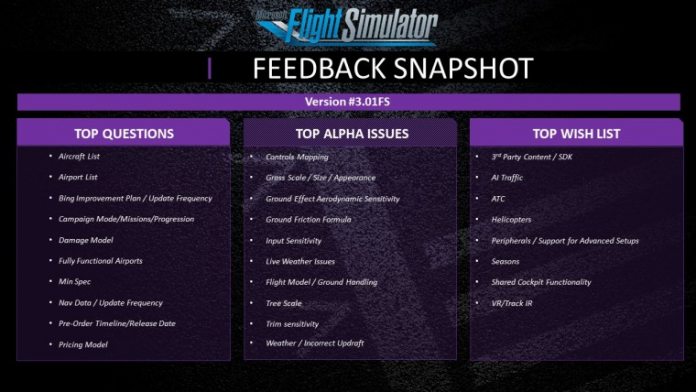 Earlier this month, Microsoft announced its weekly update schedule for the Microsoft Flight Simulator preview was halting because of the COVID-19 pandemic. That meant the company fell behind slightly on its development goals for the game. Well, it seems Microsoft is now back on track of those goals.

In a new update, Microsoft has detailed the latest episode of the Feature Discovery Series for Microsoft Flight Simulator. Furthermore, the company discussed the development roadmap and what we can expect.

Looking at episode 7 of the Feature Discovery Serie, it is now available to view. This episode was announced in February alongside episode 6. The latest release focuses on the multiplayer mode of Flight Simulator.

Microsoft also detailed episode 8, which is titled “Instrument Flight Rules (IFR)” and will released next month. IFR was initially planned to be released before the multiplayer episode, but Microsoft switched the release schedule.

Users of the Flight Simulator preview can now see episode 7 and the new development roadmap on the Insider Area of the game. Of course, this means you need to be a member of the Insider program.

Microsoft also rolled out the Feedback Snapshot for the public. Elsewhere, the company has named some Alpha issues, especially around how grass appears in the game. Other problems are the ground effect formula not working well, and issues with the ground effect aerodynamic sensitivity.

For 80 of the most iconic airports, Microsoft went further and gave them “extra attention”. With these locations, they are fully recreated digitally and have unique properties within the game. For example, extra vegetation around certain airports to mimic how they are in real life.