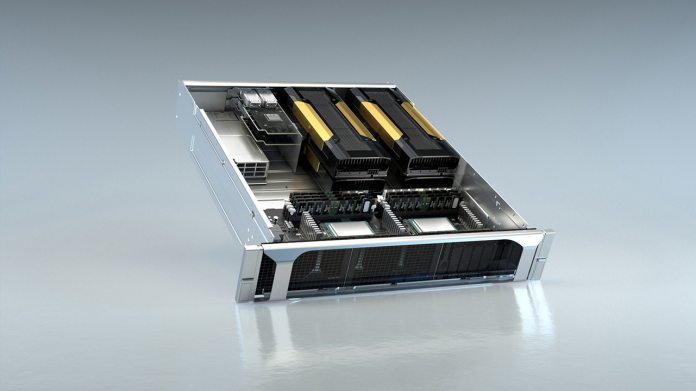 Since the COVID-19 outbreak started in in January, we have seen many tech events cancelled or converted to virtual conferences. Form Mobile World Conference (MWC) being cancelled and Microsoft’s Build 2020 heading online, tech events have taken a beating. Among them was NVIDIA’s GPU Technology Conference (GTC), which went virtual.

The conference is now happening online and will run until March 26. One of the announcements made at GTC was Microsoft confirming it has expanded Azure Stack Edge with NVIDIA preview.

In its blog post, Microsoft says the preview has been adopted by industries who want to leverage Azure for machine learning.

Essentially, NVIDIA T4 Tensor Core GPU is leveraged by the Azure Stack Edge in order to bring a hardware boost to machine learning (ML) workloads. Microsoft states that since its introduction, it has observed a largely positive reception to the idea, with a variety of industries looking to take advantage of the improved Azure ML capabilities.