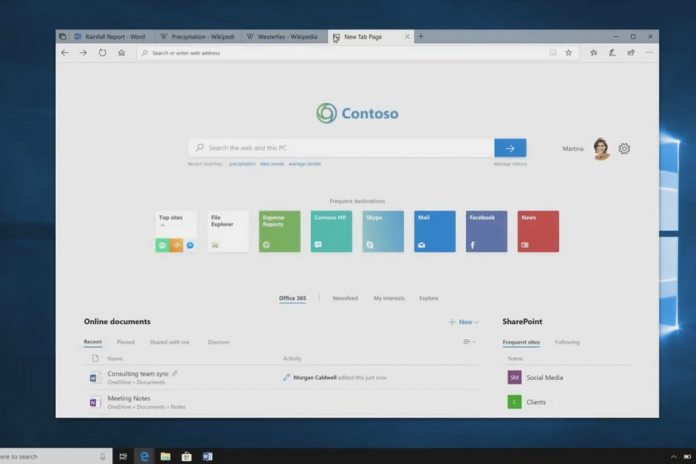 As we reported last week, evidence in recent Windows 10 previews shows Microsoft is considering resurrecting Windows Sets. There is now more evidence Sets will finally get a release per reports Microsoft Edge will soon receive an Alt-Tab experience.

Windows Sets is a tabbing system that will work across Windows 10. Essentially a universal tab ability for applications. It works like tabs on a web browser, allowing users to open a tab in an application by clicking a + symbol in the title bar. A new tab will show recent apps, documents, and a search.

Importantly, the Alt+Tab tool was integrated with Sets and would allow users to switch between tabs within the tool. Reports now suggest the Alt+Tab tool is coming to Chromium Edge, which means Sets could follow soon after.

Microsoft revealed in April 2019 that Windows Sets was taken off the development cycle and effectively cancelled. Many presumed that was the end of the feature, but it seems Microsoft is still working on it.

With the Alt+Tab tool in Chromium Edge, users will be able to see five recent browser tabs in the Windows 10 app switcher. Users can access the switcher through the Alt+Tab keystroke.

Pressing the Alt+Tab combination in Windows 10 currently shows open tabs. In the future, these tabs will be presented with separate thumbnails, making it easier to access individual tabs like apps.

Whether this definitively means Windows Sets is once again a part of Microsoft’s plans is hard to say. If Sets is to launch, it won’t be until Windows 10 20H2 at the earliest.