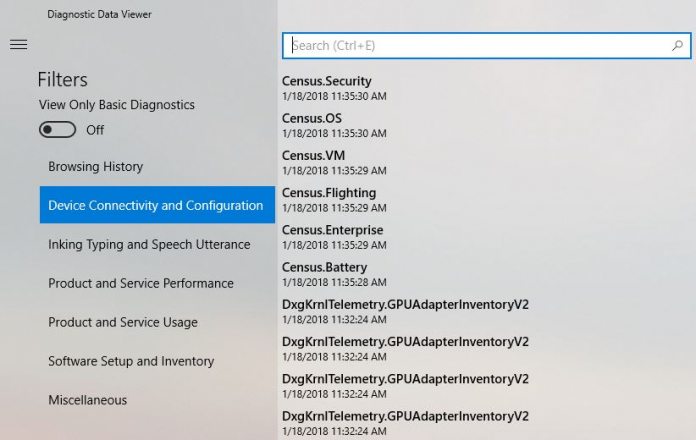 Insiders installing Windows 10 Preview build 19577 will see changes in Settings and Group Policy settings. Microsoft says the update reflects its continued push to improve transparency and give users more control over their data.

Microsoft has consistently received criticism for the way it collects data on Windows 10. The company has often exasperated the situation by not adequately explaining its policies. Over the last two years, Redmond has been trying to address concerns.

By default, Windows 10 sets diagnostic data collections on Home and Pro versions to “Full”. This means users dictate what Microsoft see. There is a manual setting that allows users to switch this data collection to Basic.

With the new update, Microsoft has changed the terms of these tiers for more clarity. So, Full becomes “Optional diagnostic data” and Basic become “Required diagnostic data”.

Enterprise users will soon be able to give admins more control over Group Policy settings. For example, they will be able to configure what data is collected by Microsoft from an organization.

Over the last couple of weeks, Microsoft has been rolling out its new Fluent Design app icons for Windows 10. For this latest Insider update, the company has introduced the new icon for the Security application.

In a blog post, Microsoft explains how the icon functions: