Microsoft has announced the retirement date of its MCSA, MCSD, and MCSE certifications in an expected change. The accolades, and those associated with them, will have their exams removed on June 30, 2020.

The change ends an era that began around a decade ago. However, it comes for a good reason. The retirement is the result of changes to Microsoft’s role-based training and certifications that began in 2018. It sees the new role system as better suited to the modern workplace, with a total of 34 new certifications now available.

In the meantime, those who want an MCSA, MCSD, and MCSE can pass the exam before June 30. They’ll remain on the active section of user’s transcripts for two years after the closure date, at which point the certifications will be marked ‘inactive’. Here’s the full list of certifications that you’ll no longer be able to obtain: 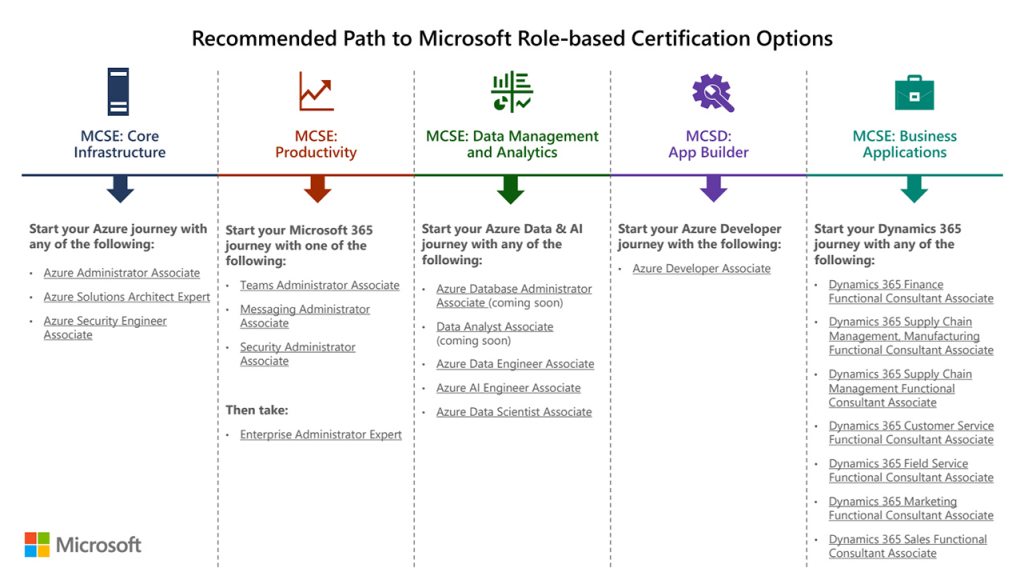 Microsoft has provided several recommended migration paths for users and confirms that Windows Server 2019 and SQL Server certifications will not become available. Instead, it says the relevant content will be included in new role-based certifications for certain job roles. Notably, MOS and MTA certifications won’t be affected by this retirement.

Though this is perhaps the biggest upset to the program in one swoop, the new system should be better suited to longevity and career progression. You can read Microsoft’s full FAQ in its official blog post.

MCSA, MCSE, and MCSD Certifications Get Another Seven Months of Life Due to Coronavirus