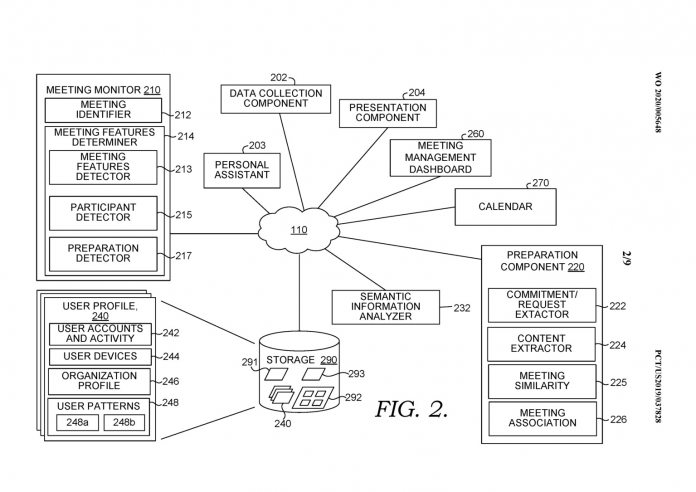 While consumers are important to Microsoft, it’s enterprise customers that play the pivotal role in the company’s success. Many of the new features Microsoft introduces across services like Office, Windows, and Azure have a focus on enterprise users. Now, a new Microsoft Patent shows the company is working on a new meeting planner.

The patent was discovered by MSPowerUser (MSPU) and is titled “MEETING PREPERATION MANAGER”. Microsoft originally filed the patent back on June 19, 2019 and it was published on WIPO on January 2, 2020.

In the Microsoft Patent, the company describes a tool that would make it easier for users to organize meetings, prepare for them, and manage ongoing preparations. Sure, Microsoft already has tools geared towards this baked into services such as To-Do, Teams, and Outlook. However, it seems the company wants to create a singular experience.

Any organization will say meetings are easy to set up but are often frustrating to prepare for. This preparation could involve creating a presentation, ensuring all parties can attend, finding the correct resources, etc. Microsoft explains this process is often time consuming:

“Often, a significant amount of time is spent preparing for these meetings. Calendars make it relatively easy to set up and track the meetings. However, preparing for meetings can be a challenge. For example, a person may need to read a document, prepare slides, get feedback from stakeholders, or perform other tasks before attending a meeting.”

According to the Microsoft Patent, Redmond is working on an automated tool that would do the heavy lifting during preparations.

In the patent, Microsoft suggests the tool will not be a standalone service but will instead be integrated with current services.