Speculation on Wall Street suggests Microsoft could make a move to acquire financial, software, data, and media company Bloomberg. While this is conjecture at this point, it is centered on two important points: Bloomberg’s founder and CEO entering this year’s Presidential race, and the company would make an attractive proposition for Microsoft.

“Bloomberg is the preeminent financial information source with a colossal user base,” Elman says “Microsoft would get that user base and all of those customers.”

However, attractive does not mean perfect but before getting to the pros and cons of Microsoft acquiring Bloomberg, let’s first look at why the company may soon be for sale.

Much of the speculation rests on two things. Firstly, Michael Bloomberg is running to be president of the United States. Since he announced his candidacy last November, speculation has grown about what he will do with his company. Bloomberg is the ninth richest person in the world.

Win or lose in his bid for the White House, Bloomberg has flirted with the idea of selling his company before. Speaking to CNBC in 2018, he said the following about the future of the company.

“I think at my age, if selling it is possible, I would do that,” he said. “At some point, you’re going to die anyway, so you want to do it before then.”

Microsoft in the Frame

Microsoft would make a likely candidate to buy Bloomberg. Not least because the company is valued at $40 billion, making Microsoft one a select few companies that could afford such a deal. Speaking of which, an acquisition would be one of the biggest in history. It would eclipse Redmond’s $26.2 billion purchase of LinkedIn in 2016.

“Bloomberg would allow Microsoft to be the application provider for financial services customers, the very lucrative accounts everyone wants,” Elman added. “That would be their main motivation behind it.”

Big tech is the likely area where a suitor for Bloomberg would come from. Microsoft has been embracing acquisitions in recent years. Speculation on Wall Street continues to push MSFT as the likeliest to move for Bloomberg. 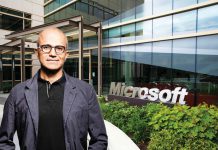