By now, we’ve all seen Windows 10X’s new desktop design. It trades the thin, left-aligned sidebar for a lite, centered one, while making significant revisions to the Start Menu, Action Center, and beyond.

Now it seems early builds (via Windows Central) of Windows 10X feature a new setup experience. In a revolutionary turn of events, Microsoft is ditching Cortana and instead lets users click the options they want right away. This is likely to reduce accessibility, but the company is reportedly working on a full voice control system for the OS, so that’s likely to replace the digital assistant.

The most striking change here is the design, however. Microsoft has ditched the uninviting blue-grey of Windows 10 and gone for a white background with blue accents. The friendliness is further enhanced by accompanying bright vector diagrams. 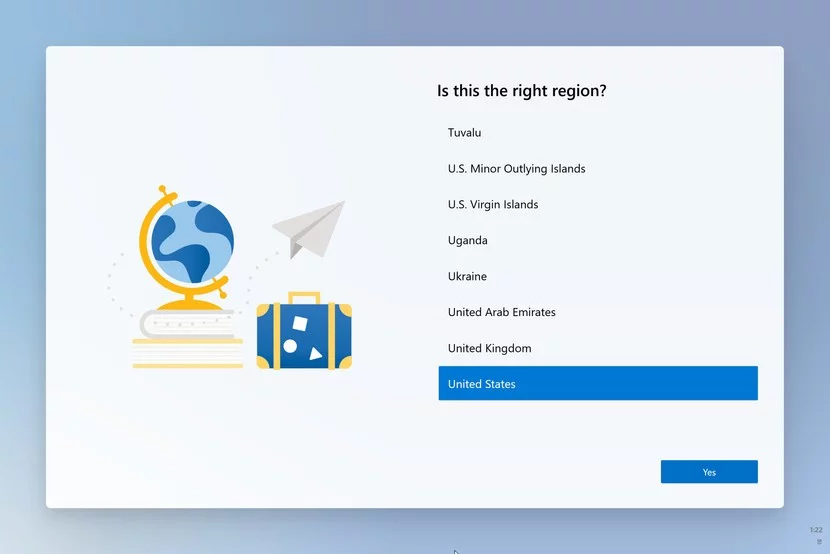 Many of the UI elements still have the same square-ness we’re used to, but the corners of the Windows as a whole are slightly rounded. The settings themselves seem to be the same for now, but that’s likely to change as we get closer to Windows 10X’s official release. Assumedly, there will be new options geared towards dual-screen use on the Surface Neo, and hopefully some desktop customization settings.

Either way, I think this feels much more consumer than Windows 10, which is often quite cold and professional. All of these changes could help Microsoft in its competition against ChromeOS, with a generally more simplified presentation.

If you want to give Windows 10X a try yourself, you can opt into the Fast Ring and spin up an emulator. It’s clearly not finished, but there’s a lot like.