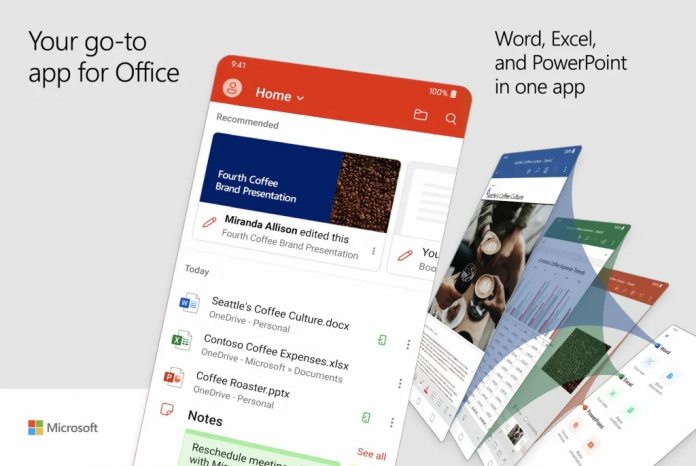 Microsoft has been pushing towards unifying its Office applications on mobile devices. The movement started when the company put the Office Mobile Experience on Samsung last October. A month later, a new Microsoft Office app arrived on mobile devices to make it easier for users to find and use apps from the suite.

So, far that app has been limited to preview users on the Office Insider Program. However, this week the Microsoft Office app is moving to wide availability to everyone. At the moment, this is an Android only unification that is available from the Google Play Store here.

The app is similar to the Office Mobile Experience that arrived on the Samsung Galaxy Note 10. As the name suggests, this is a singular application that gives access to all Microsoft’s Office apps under a single roof.

It is worth noting the apps bundled into the app are not the full featured experiences you can get from the individual apps. Still, Word, Excel, and PowerPoint do have all the basic features you will need. Furthermore, Microsoft’s Sticky Notes tool is also available.

Interestingly, Microsoft still has the individual Office applications available on Android. Again, these will offer a fuller experience for separate apps. However, we are curious to see whether Microsoft will eventually remove these and stick with the new Microsoft Office bundle.

It also seems the new app is not working too well with tablet devices. Of course, that’s a problem that is common on Android but considering Microsoft is used to developing for slates, we expect the company to solve the problem eventually.

Not least because those individual Office apps are excellent on tablets.