Microsoft is reportedly hiring for a new voice control feature that will come to Windows 10X. A LinkedIn posting for the accessibility team in India let slip the feature, and was soon spotted by Somag News.

“Since this is a new application, the number of coding challenges is high: taking advantage of conceptual services for voice command and control, identifying interesting components in the context of the application, interacting with the entire desktop, interacting with 10X OS in new ways within the scope of security and integrity,” said the job posting.

We were unable to find the posting to verify this information, but it’s more bad news for Cortana if true. Though this appears to be largely accessibility focused, such features are often useful to regular users when their hands are busy or they’re away from the desk. It’s one less aspect of Windows the digital assistant will touch as she’s phased out the OS and into productivity tools.

Increasingly, Cortana appears to be focused towards the enterprise, and that does leave space for a new voice in the consumer market. We’ll just have to wait and see if the company announces the feature officially, as additions like this can be developed and then shuttered for a multitude of reasons.

The first Windows 10X device, the Surface Neo, should launch with the Surface hardware event this spring, so we may hear more then. If you’re interested in the job itself, Microsoft is apparently looking for engineers with at least three years of C++ experience. 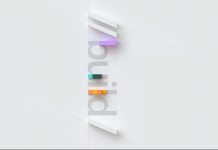