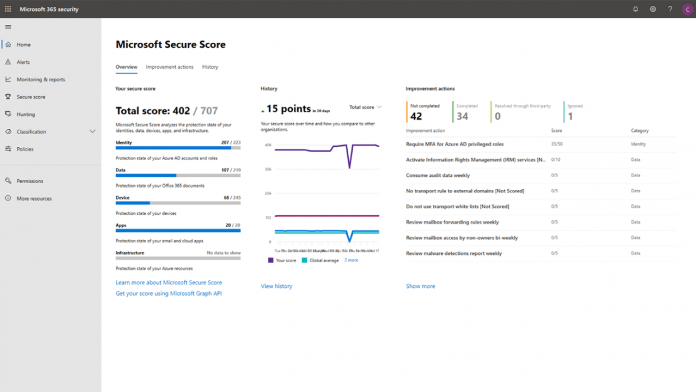 Microsoft has highlighted the features users can expect in its upcoming Secure Score preview, which it says will be the “most substantial release” for the software since its release in 2017. It follows an update to Compliance Score last week.

“The preview was based on the over two years of learning and a team that we’ve grown nearly two-fold so we can accelerate the innovation we deliver moving forward,” said Chris Hallum, senior product manager for Windows client and phone security. “The preview is well under way and includes many new refinements.”

With the release, Microsoft is highlighting a shift in focus, of sorts. It wants to move forward from its existence of an easily digestible assessment tool and craft it into “the killer productivity app for security administrators”.

So, what does that actually involve in real-world functionality? Firstly, changes are coming to the interface. The ‘Score’ won’t be a score (x / y) anymore, but a percentage. This should stop the total achievable points from shifting constantly as Microsoft adds new metrics, reducing confusion. The new interface simply displays the percentage of security measures implemented.

Meanwhile, the organization comparison tool has moved to its own tile, with the ability to choose the type of industries, organization sizes, and regions to compare your company with.

From Assessment to Productivity

For the most part, the above are general quality of life improvements that are based on customer feedback. To take a more firm stop towards a new productivity tool, Microsoft Security Score is implementing better planning, implementation, and monitoring tools.

Microsoft will be adding more information to each improvement activities, such as history data, custom tagging, and dynamic content like prerequisites and current implementation status.

Crucially, it’s also implementing integration with Microsoft Teams and Planner. You’ll be able to mark actions as ‘Planned’ while setting a priority and due date. Adding to this is a new metrics and trends page that will let organizations set an acceptable score and track how close they are to meeting it over time. 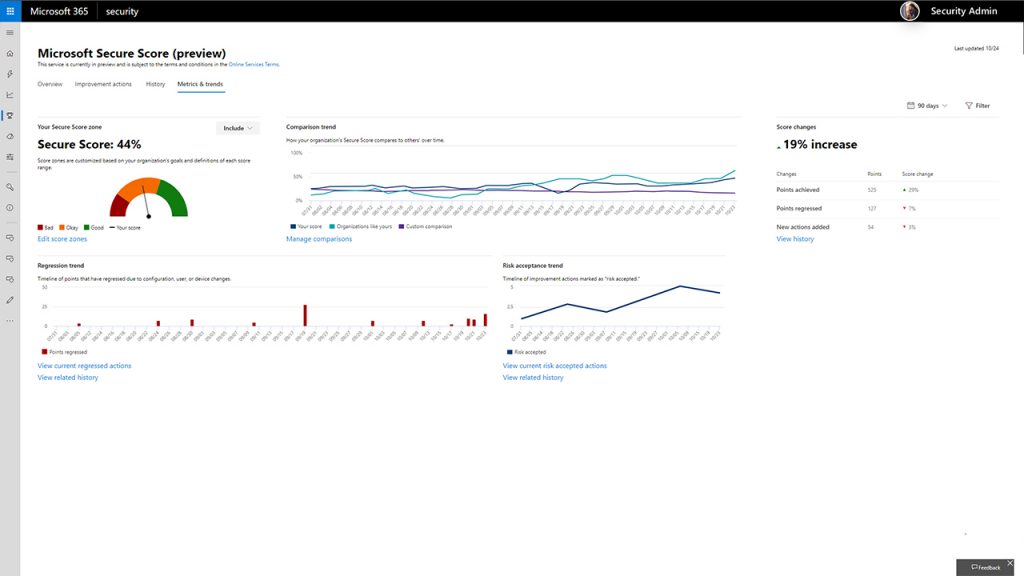 You can view the latest preview of Secure Score on the official site, and read more about the changes here.