Spotify appears to be working on a major feature for its web app after years of relative stagnation. As spotted by reverse engineer Jane Wong, the player will soon feature an in-built equalizer.

The option will let users adjust the intensity of each audio frequency in intervals, boosting bass, mids, or highs as they wish. This should let them better adjust for the audio hardware they’re listening on or create presets based on genres that are tuned to their preferences.

The feature appears to work via a simple slider that basically any user can wrap their head around. Though there are many Windows programs and audio drivers and achieve the same result, the inclusion in the web app is significant. It means users can access the functionality on any device, including a phone or Chromebook.

Spotify is working on Equalizer for the Web Player pic.twitter.com/FLTIoNXdP1

Currently, it’s unclear if the feature will roll out to other platforms or if a premium membership is required. Either way, it’s a smart move from Spotify as web apps start to become more popular. Personally, I sometimes use the Spotify web app over its Windows 10 counterpart because it will actually display on the taskbar of my second monitor.

Browsers like Microsoft’s Chromium Edge are also making web apps even easier to use, with the ability to create one out of any webpage and pin it to the start menu or taskbar. This can lead to battery savings on some devices, especially Microsoft’s Surface Pro X, which The Verge’s Dieter Bohn found to be excellent when used like a Chromebook.

Over the past year, Spotify has started testing group streaming on mobile, rolled out a lite app, and scored both integration and promotions within Microsoft products. It’s currently the music streaming service that makes the most sense on Windows, but it’s good to see it’s web app getting upgrades that can benefit regardless of platform. 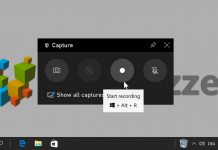 Windows 10: How to Screen Record for Free without Recording Tools