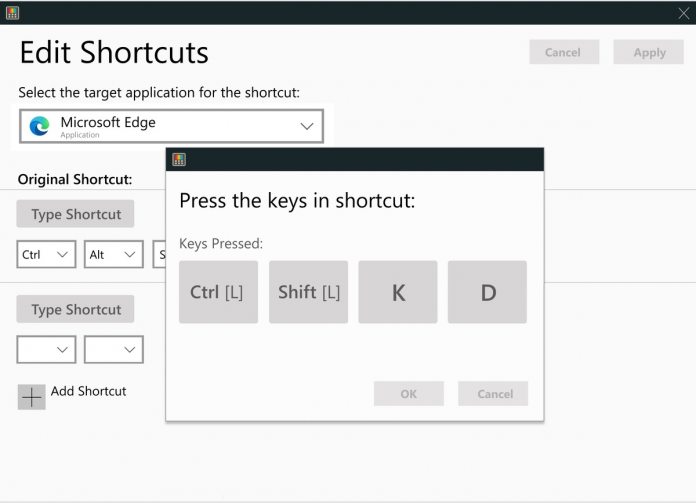 Microsoft is continuing to expand its PowerToys service and the next new feature could be a keyboard manager. With this tool, users would be able to remap their keyboard keys on Windows 10 PCs.

As you may know, PowerToys is an open source platform. You may remember the platform was originally geared to power user’s way back on Windows 95. It has recently been revived by Microsoft and developers are can access the service.

Last year, rolled out its re-tooled PowerToys in preview. In October, Clint Rutkas returned to Microsoft to head up the PowerToys division. Rutkas was with Microsoft for years, including as Senior PM for the developer platform. In June he decided to move to Facebook as a Developer Advocate.

With PowerToys, users can access tools to enhance Windows functionality and to create customizations.

The new keyboard manager will allow users to remap keys and change what a key does when it is pressed.

“PowerToys has just released a new utility called Keyboard Shortcut Manager. This keyboard manager enables customers to customize their computer on a keyboard level. With it, all the keys on your keyboard are dynamic and can be remapped to provide different outputs,” the PowerToys project announced on GitHub.

According to developers, older versions of Windows have allowed keyboard configuration but Windows 10 does not.

“A successful [Keyboard Shortcut Manager] would increase comfortability and users wouldn’t feel like they lost functionality or convenience with switching to Windows 10,” the developers argue.

“In effect, it would help decrease churn and avoid a negative experience for a new user, which is crucial for public sentiment on Windows.”

Last month, PowerToys received the PowerLauncher utility. PowerLauncher was developed by Jessica Yuowono, a Program Manager for Microsoft. The App allows users to launch an app instantly and search for other tools. Other features on the service include auto complete.