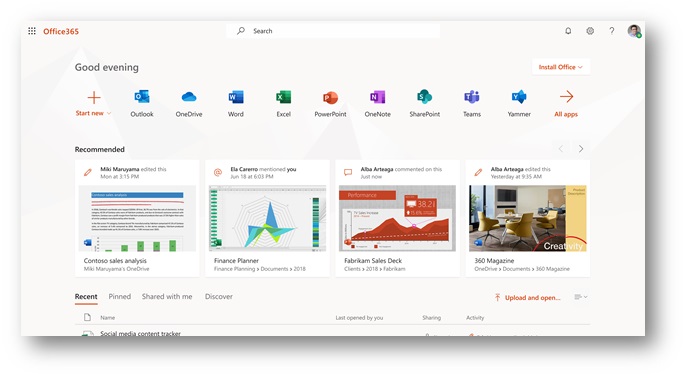 This change makes sense because Office.com is already the central hub for Office 365 users. If you’re unfamiliar with the online portal, it allows users to access the apps they use more easily. In the recommended section, Microsoft leverages AI to surface the files that are likely to be most relevant to the user.

In the Discover section, users can see shared files that are being used by colleague, including some that are not familiar.

Then there is the Office 365 app launcher, while is part of Office.com. As the name suggests, this launcher makes it easier to switch between Office 365 apps.

Microsoft says the launcher and Office.com are now one and the same. Furthermore, the company announced the following changes to the way pinned apps work.

Elsewhere, Microsoft has introduced a new tool for admins to group apps together and customize the view in the Office 365 gallery.