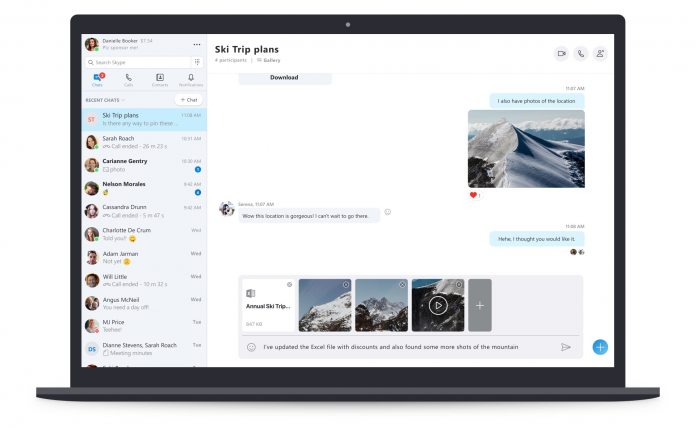 Skype users across several platforms have recently received a new update. This release brings the cross-platform Skype experience to version 8.56. Specifically, the update is available for Android, iOS, Windows, Mac, Linux, and Web.

However, what you get in the update depends on which platform you are running.

For example, on Android and iOS (iPhone and iPad), Skype v.8.56 only includes unnamed bug fixes and general improvements. Over on Windows, Mac, Linux, and Web apps, there is a new feature alongside the bug fixes.

Specifically, it is much easier to quote using a keyboard on versions running on desktop. Microsoft explains you can use keyboard shortcuts to copy and paste quotes on Windows and Mac platforms.

If you want to access the keyboard shortcuts, you can enable it through Setting > Messaging > Paste copied messages as quotes. Elsewhere, here is the full changelog for version 8.56.

Microsoft says the new feature is rolling out over this week.

Back in December, Microsoft launched a new feature for its Skype Meet tool. Users can now call other users even if they don’t have an account.

Meet Now aims to reduce the barrier to video calling people on Skype. It removes the need for every participant to have an account by letting you send a link. The addition should make it far easier to have Christmas calls with technophobic relatives.