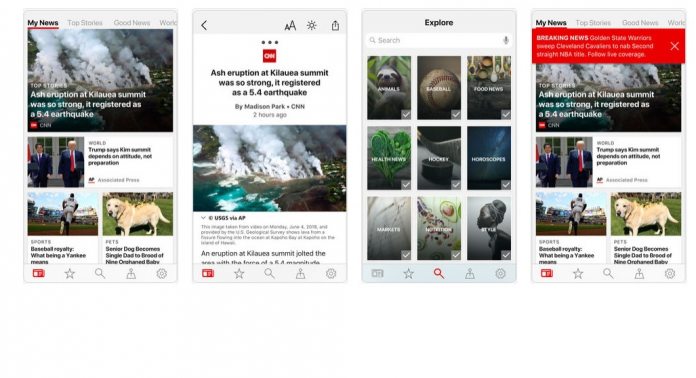 Microsoft has sent out an update for its Microsoft News application on Apple’s iOS platform. With Version 3.2.33, the company has focused on the US Election 2020. Microsoft News readers will receive special coverage, including in-depth access to the primaries and caucuses.

Microsoft News will deliver this information through special feeds and direct notifications on iOS. This will start with the ongoing Democratic primaries, including the ongoing debate season. As we move further into the year, the app will deliver content on the Presidential Election.

Of course, with political news, the danger of fake news is real. Microsoft says its News service combats fake news better than rivals. In December, Darren Laybourn, Corporate Vice President of Microsoft News described how the company prevents fake news on its service.

According to the executive, Microsoft uses a team of 800 employees located around the world to curate content. Laybourn says the company uses machine learning and AI solutions to help with finding fake news.

Because of this system, he says Microsoft News has not faced an issue with fake news. Part of that system revolves around the closed nature of the service. Microsoft can avoid fake news publishers by simply not selecting them.

Microsoft launched News last year as a replacement for MSN News. By leveraging its AI and machine learning, News gives users more personalization tools. The app can deliver news based on location, preferences, and interests. The app will take this information from other Microsoft services.

You can download Version 3.2.33 of the News app here from App Store.