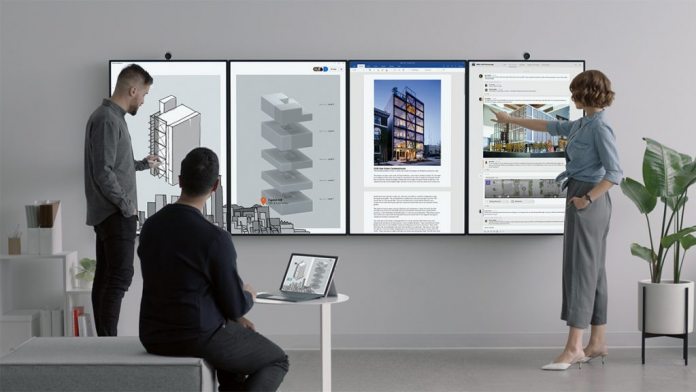 Around two years ago, Microsoft announced it was working on a Surface Hub 2X. Yes, two years is a long time between announcement and launch. Microsoft originally penciled in the SX alongside the launch of the Surface Hub 2S last year. However, that did not happen, and it now seems the device has been indefinitely delayed.

If you’re unfamiliar with the differences between the devices, the 2S is an update of the original Surface Hub. As for the 2X, it was supposed to be a fully fledged Surface Hub 2, with plenty of new features and a new design. It would also run Microsoft’s modular Windows environment.

When Microsoft launched the 2S last year, the company says the release of the Surface Hub 2X had been pushed to 2020. Now, Brad Sams of Petri reports the 2X has now been postponed. In fact, it probably won’t be released at all.

This has mostly been confirmed by Microsoft’s actions. The company has pulled Surface Hub 2X videos it had on its YouTube channels. Furthermore, Microsoft reached out to Sams with the following statement.

“We have an ongoing dialogue with our customers on Hub and are working to align the roadmap to best meet their needs. The top two priorities for Hub in 2020 are deploying the 85″ device and rolling out an OS update that includes many top features customers have been requesting since Surface Hub 2S launched, including improving IT integration, deployment and management capabilities at no cost for all version 1 Hubs and Hub 2S devices. We’ll have more to share in the coming months.”

So, that seems to be the end of the Surface Hub 2X. As the statement above points out, Microsoft believes customers value Windows 10 Team. You may remember the 2X was going to run Windows Core OS, Microsoft’s modular version of the platform.

WCOS will become a big part of Windows in the near future and is already running on HoloLens. However, for now it seems Hub users want the Windows 10 Team experience.