The idea of a modular vision for Windows 10 refuses to go away. Called Windows Core OS (WCOS), the platform is something Microsoft has been working on for some time. We know it exists through various reports and a Microsoft job posting on LinkedIn last year. Now, new documentation suggests the project remains in development.

Windows Latest points to documentation that was published on January 20, 2020. It reveals Microsoft has set aside support for Intune apps on Windows Core OS. For example, WCOS will support Web and APPX formats, as well as others.

If you’re unfamiliar with Windows Core OS (WCOS), it is a modular version of Windows 10. By creating a modular Windows experience, Microsoft can put the full power of Windows 10 on any device. WCOS will provide Microsoft with a platform that will work on mobile devices and PCs alike. Users on smartphones will be able to receive a full Windows 10 PC-quality experience.

Microsoft was predicted to be launching WCOS at its Surface event last October. However, the company instead revealed Windows 10X. While there was some pre-event confusion around whether 10X and WCOS were the same, they are different projects.

With Windows Core OS, Microsoft is having another go at developing a platform that has universal core components. In other words, a universal windows platform (where have we heard that before).

HoloLens 2 already runs WCOS but Microsoft wants to make it a standard across form factors. When those other variants arrive remains to be seen. 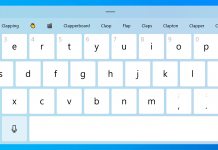