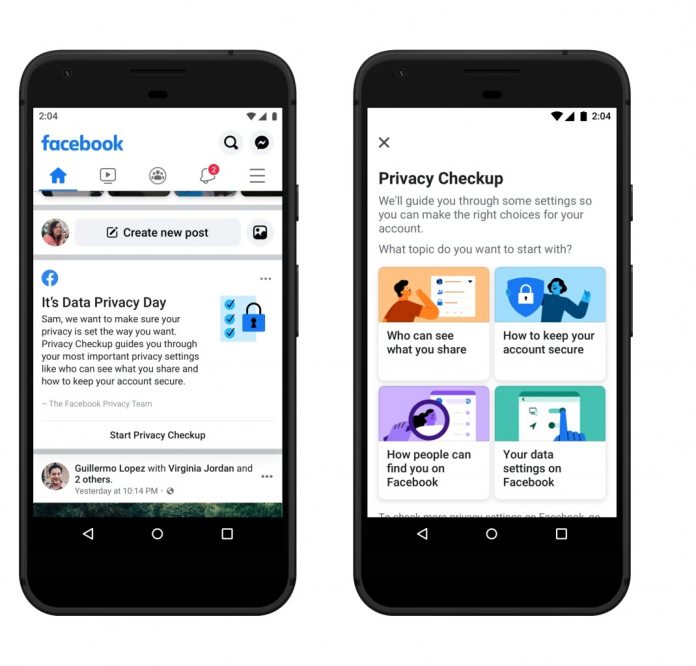 Whether Facebook is just playing the game or looking to change, the company has committed to improving privacy over the next 10 years. In an effort to restore its tarnished reputation, Facebook has announced several new solutions surrounding privacy.

Let’s start with the Privacy Checkup, which is an update for an existing solution. Now, Facebook users can boost their profile security by having more control over how their personal information is shared.

Facebook says it will send notifications to 2 billion users advising them to review their privacy settings. The network says the notification will roll out next month and will appear in the News Feed.

“This makes it even easier to adjust who can see your posts and profile information, strengthen your account security by turning on login alerts”

Moving on, the company also announced a new feature that allows you to monitor and control your activity away from Facebook. Users can view a summary of apps and websites that pass information about their activity to Facebook.

The company says this tool is now already available to all its users.

“Off-Facebook Activity marks a new level of transparency and control. We’ve been working on this for a while because we had to rebuild some of our systems to make this possible.”

Finally, the company has created a new notification system for Facebook Logins. Logins already allows users to sign into third-party apps and services but it will now send you a notification when you use the service to log into a third-party.