Microsoft has been ordered to turn over tax records pertaining to an IRS challenge that began eight years ago. In a detailed writeup, ProPublica describes the lengths the company has gone to fight the agency’s aggressive investigation and the alleged tax-dodging scheme that underpins it all.

According to the publication, the IRS decided to take a stand against big companies back in 2012, and Microsoft was firmly in its headlights. In 2005, the tech giant set up a structure in Puerto Rico, and later transferred $39 billion of its U.S. profits to the country, where the government had agreed to a tax rate of effectively zero.

Microsoft’s justification for the move was that it had sold its intellectual property to an 85-person factory it owned in the country. However, documents uncovered by the tax agency years later revealed a senior executive praising the company’s “pure tax play”, as well as discussions about the creation of the company that owned the factory. Further, it seemed Microsoft had fudged its numbers, reporting to investors that its revenues would grow by 10%, but reporting a measly 4% to the IRS. Its investigation suggested that the company had underreported its revenues by $15 billion.

As you’d expect, though, the tech giant didn’t take it lying down. ProPublica says that over a period of years, Microsoft has been performing legal battles, persuading its friends on Capitol Hill to speak out about the IRS’ tactics. After years of lobbying by CEETA, a bipartisan bill was introduced to significantly limit the IRS’ powers.

In response to the accusations, Microsoft simply said that it “follows the law and has always fully paid the taxes it owes”. In late 2019, Microsoft settled for $27 million following an audit in New Zealand.

After years of holdups and significant blows to the IRS, though, it has received a big win. In 2014, the agency took the unusual step of issuing a designated summons for Microsoft documents that would temporarily suspend the agency’s three-year investigation limit, which was fast approaching.

Those were ultimately subject to long legal battles, but another dispute in 2016 began when Microsoft refused to hand over some documents involving KMPG, its tax and audit firm of choice. The company argued the IRS was asking for documents that were protected by a privilege for tax advice. The agency argued that Microsoft’s Peurto Rican company was a tax shelter, while the tax giant argued that it was “a real business with real risks.”

Now, four years, later, U.S. District Court Judge Ricardo Martinez has issued his ruling on the documents, which are now over a decade old. Microsoft’s documents aren’t protected by privileges, and it will have to hand over all of its KPMG documents.

“This reasoning guides the Court’s determination that KPMG strayed into promotion of a tax shelter. As noted previously, the transactions did not appear necessary to satisfy Microsoft’s operations needs.” the ruling reads, later stating “the Court finds itself unable to escape the conclusion that a significant purpose, if not the sole purpose, of Microsoft’s transactions was to avoid or avoid federal income tax.”

In response to the ruling, the Redmond company said it was based on “limited information” and had “no bearing on the validity of Microsoft’s historical tax arrangements”.

So, what’s next for the case? Well, Microsoft has a week to hand over 174 documents, and there could yet be an appeal. If not, the IRS will finally be able to complete its audit over the next few months and say how much it owes. More battles will likely ensure as Microsoft fights those figures.

You can read more about the case in ProPublica’s detailed writeup. 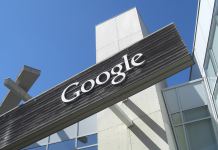 European Commission to Clamp Down on Companies like Amazon and Apple