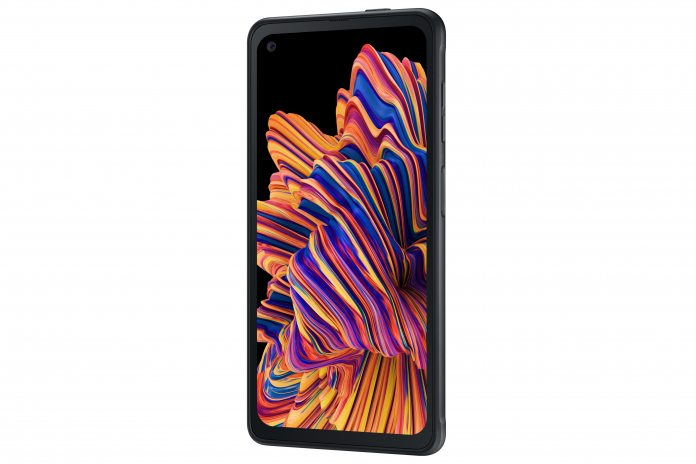 While Microsoft has a new Android based smartphone launching this year (the Surface Duo), the company’s mobile output is now centered on apps and services. Samsung has been one of Redmond’s most consistent collaborators. Now, the partnership is extended to the Galaxy XCover Pro.

Announced on the weekend, the device sees Microsoft and Samsung join forces for a new workplace communication idea. No, the Galaxy XCover Pro is not a smartphone, it is a… walkie talkie.

Yes, that good old-fashioned technology is not a new technology it seems. Samsung says it has built a recently announced Microsoft tool into the Galaxy XCover Pro. It is worth noting, the new rugged device is a smartphone in all other purposes.

However, it has Microsoft’s walkie talkie technology that was recently announced for Microsoft Teams built in. This tool gives users the ability to communicate with each other within an organization. Specifically, it is a push-to-talk feature for cloud-based voice communication.

Working through Wi-Fi or cellular connection, the Walkie Talkie feature will enable frontline workers to connect securely on their smartphone. The idea is to bring one less device. While the feature will be available across the board for Microsoft Teams, Samsung has integrated it into the Galaxy XCover Pro.

“Microsoft and Samsung have a deep history of bringing together the best hardware and software to help solve our customers’ challenges,” said Microsoft CEO Satya Nadella in Sunday’s post. “The powerful combination of Microsoft Teams and the new Samsung Galaxy XCover Pro builds on this partnership and will provide firstline workers everywhere with the technology they need to be more collaborative, productive and secure.”

As for the smartphone in general, it is a device that sees Samsung take a poke at the enterprise smartphone market. Slated to arrive H1, 2020 for $499, the XCover Pro is a rugged device that aims at no frills functionality. With a 4,050 mAh battery, it is designed to last all day under heavy use.

For example, it has a 6.3-inch 1080p display. Under the hood is a 2GHz octa-core CPU coupled with 4GB of RAM and 64GB storage (expandable). In terms of cameras there’s a 13-megapixel front-facing camera and a pair of rear cameras: a 25-megapixel camera and an 8-megapixel fixed-focus unit.