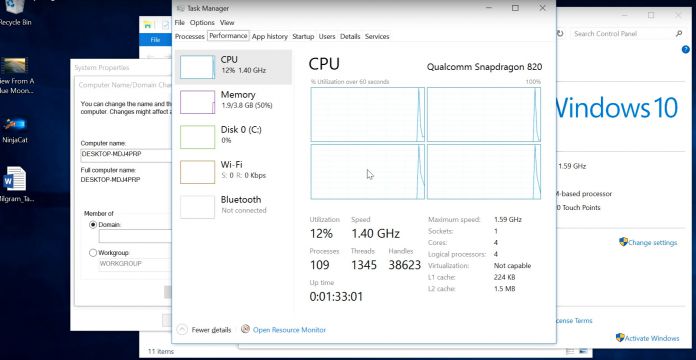 Through 2020, Microsoft will bring some significant changes to the Task Manager on Windows 10. Those changes will start with the introduction of a “Performance” tab in Windows 10 20H1 this spring. However, Microsoft is also adding an “Architecture” tab that is now testing for Windows 10 20H2.

Yes, this is the same new Task Manager column we reported on at the end of last year. Back then, the Architecture tab was known about but had not made it into a Windows 10 20H1 Insider preview.

That has now changed with the release of Windows 10 Preview Build 19541. Insiders on that branch can now test the new addition.

As the name suggests, the column will highlight the architecture of the processor, such as x64. Sure, you can already see limited information on the CPU through the Details column in “Platform”, but the new column will expand upon it.

As mentioned, there are big things ahead for the Task Manager. With the Performance tab in Win10 20H1, Microsoft has added the ability to see disk naming type in the Task Manager for Windows 10 20H1.

Windows Insiders on Windows 10 20H1 can view the disk type (SSD, HDD) for each disk on a PC. The obvious advantage of this simple adjustment is that users with multiple disks can now differentiate between them.

Elsewhere, the company is also bringing GPU temperature support to the Task Manager. In Windows 10 version 2004, you can see how hot your GPU is running. However, this ability only supports PCs with a dedicated graphics card.