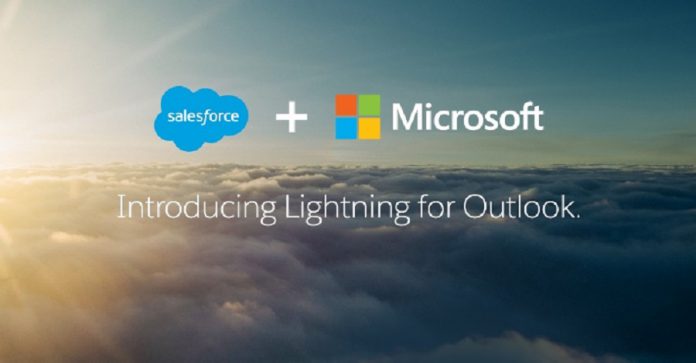 Could 2020 see a major cloud merger between Google and Salesforce? According to a report from Business Insider, Google could make a move to acquire Salesforce this year. Such a merger would give the company more leverage to compete with Amazon and Microsoft in the cloud market.

In the report, Business Insider says RBC Capital Markets predict Google will make a move for Salesforce. By tying up with Microsoft’s major enterprise software, Google can be more competitive in efforts to catch cloud rivals.

The cloud market is in an interesting place and is dominated by tech giant. Amazon’s AWS leads the market with 47.8%, according to Gartner data for 2019. Microsoft Azure is next with 15.5%, while Google Cloud took just 4%.

I have written many times that this market is locked in. While Microsoft Azure has enjoyed some growth against AWS, it’s unlikely to topple Amazon’s cloud. It’s a similar situation for Google being unlikely to catch Azure. Interestingly, it’s worth noting each company is thriving in the cloud industry with their slices of the market, irrespective of size.

However, Google has increasingly wanted to make inroads against Microsoft in the enterprise productivity sector but has largely failed. Office and other cloud services from Microsoft dominate business.

Indeed, a recent report shows that 97 percent of participating organizations use Azure. Many more say they plan to shift to Microsoft’s platform.

Salesforce would be an ideal candidate to boost Google’s appeal as it competes with Azure. Salesforce is Microsoft’s biggest competitor in the software-as-a-service (SaaS) market.

Microsoft and Salesforce have collaborated in recent years but remain direct competitors. Those collaborations reflect the changing cloud landscape where organizations are pursuing a multi-cloud approach.

Microsoft and Salesforce have been partners before, such as the SalesForce1 Windows 10 app supporting (now defunct) Continuum, while the company also adopted Outlook for its email management.

Of course, that does not remove the fact that Salesforce and Microsoft are CRM rivals. Indeed, the relationship between the companies took on a familiar frosty feel during Microsoft’s $27 billion LinkedIn acquisition. Salesforce was a rival bidder and warned regulators to watch the deal closely.