A mixup during AMD’s CES 2020 keynote had fans believing they’d had the first glimpse of the Xbox Series X‘s ports. In a video bragging about the inclusion of its CPU and GPU inclusions in the console, the camera panned to the back of the console.

It appeared to unveil two USB-C and HDMI ports, an ethernet port, and a power slot. However, AMD has since been forced to correct reports, saying that the model used in the render was not provided by Microsoft. Instead, the marketing team purchased a model from modeling marketplace TurboSquid.com, meaning it’s a fan interpretation. If you’re interested, this appears to be the model AMD used. 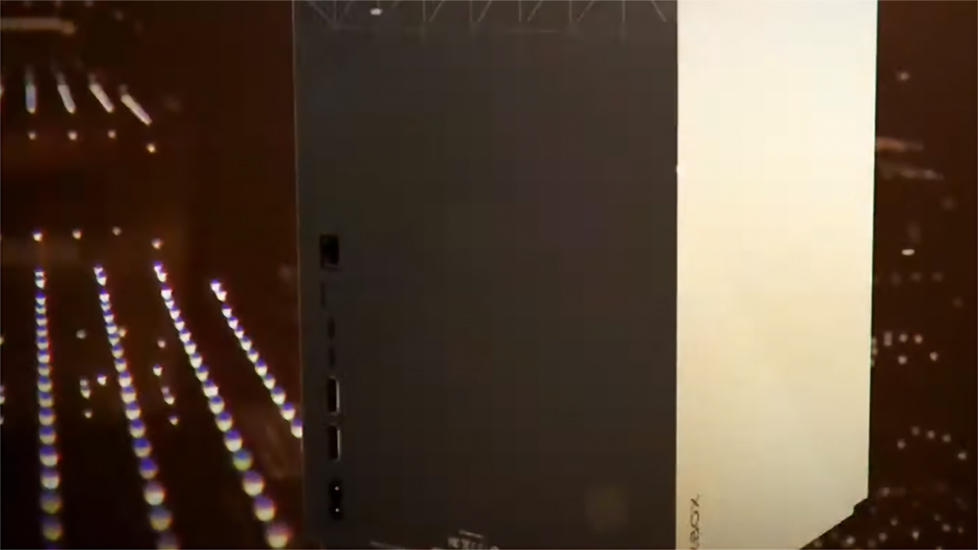 The reveal came just hours after Xbox head Phil Spencer posted an image of the Series X’s APU on Twitter. This likely contributed to a feeling of co-operation that made fans and journalists even quicker to believe AMD’s marketing.

Unfortunately, Microsoft is yet to give correct details of the console’s ports, but here’s hoping. What we know for sure is that the GPU will be Navi-based at 12 teraflops. Tentative estimates based on leaks suggest it’ll run 56 compute units at around 1700MHz. Its processor, meanwhile, will be a Ryzen Zen 2 based, reportedly with eight SM2 cores.

We’re still waiting to find out the capacity and speeds of the console’s NVMe SSD, though it’s likely that it will come in multiple variants. Either way, we have plenty to be excited about besides some number of HDMI ports.