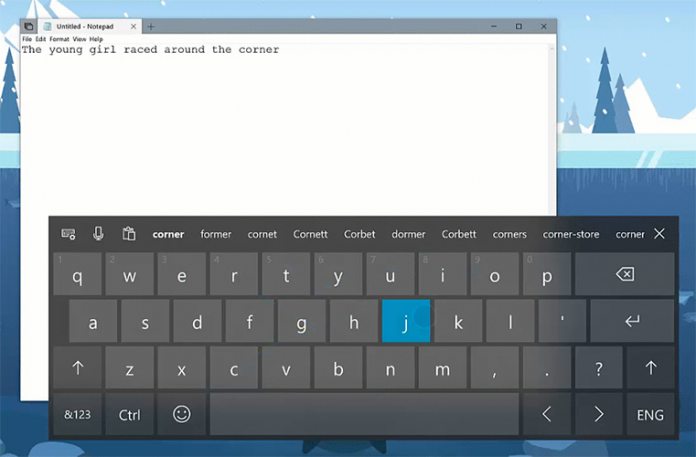 In what we would describe as an interesting move, Microsoft is seemingly considering removing SwiftKey from Windows 10. In fact, the popular virtual keyboard could be absent from the release of Windows 10 20H1 (version 2004) this spring.

According to a report from WinFuture, SwiftKey is absent from the latest builds of Windows 10 20H1. That’s interestingly because as we reported last week, Microsoft seems to have finalized version 2004 ahead of its launch.

Furthermore, seemed to be no SwiftKey integration visible in Windows 10 20H2 either, although that update is still fledgling.

However, on close inspection, it seems Microsoft has not removed the keyboard. Instead, Windows 10 20H1 simply removed the option to “Choose which language use SwiftKey suggestions and autocorrections” through Windows Settings.

In other words, the entries are no longer in the Settings page, but the keyboard is still available.

If Microsoft removed the integration, it is not a disastrous loss. Sure, SwiftKey is one of the best and most popular virtual keyboards… on mobile. It has recently cleared 500 million installs on Android and is doing well on iOS too.

However, on Windows machines its is less viable. Large form factors don’t go well with a touch keyboard experience. Indeed, if the keyboard is removed we doubt a huge subsection of users would even know. Not least because the standard Windows 10 touch keyboard would still be available.

Windows 10 tablet users may lament the removal of SwiftKey, and we would certainly like to see an official response form Microsoft on this subject.