Microsoft has filed a patent application for a Windows 10 docking station that appears to be designed for iPhone users. Named simply ‘User Peripheral’, the patent was filed as recently as July 24 and published on December 26 (thanks for the spot, Windows Latest).

Though the patent abstract doesn’t mention the iPhone specifically, all of the diagrams point to an Apple-oriented device. They feature an older iPhone model, complete with home button, and show what appears to be a lightning connector. The user interface also matches Apple’s iOS. 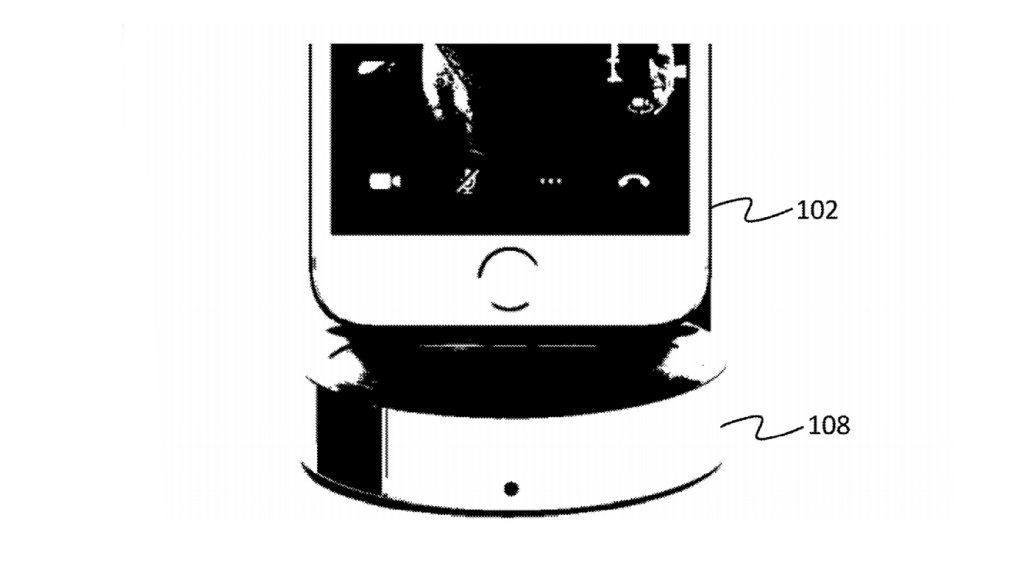 Filling the Your Phone Gap?

So why, after all these years, would Microsoft consider a device aimed directly at iPhones? Well, it’s worth noting that the company has been pushing for the connection of the mobile and desktop ecosystem for some time. After the death of its Windows 10 Mobile ecosystem, it wants to give users incentives to use its software no matter the platform.

For Android, this has come in the form of Your Phone. Microsoft’s Windows 10 lets users of Google’s OS sync photos, send texts, reply to notifications, mirror their screen, and, yes, make calls.

However, while Your Phone was initially planned for iOS, Microsoft never got the support it wanted from Apple. While its early marketing suggested it would do it with or without the iPhone maker’s help, a solution never surfaced.

An iPhone dock could deliver similar calling functionality to Android without relying on Apple’s help.

“Other services may be provided by a communication client application which can be installed on the user terminal, using other telephony protocols, such as voice over IP (VoIP)”, reads the patent, in what could be a reference to Skype or Microsoft Teams. “This may be a proprietary protocol, owned or operated by an organization which is not the manufacturer of the user terminal, for example.”

The patent says an in-built microphone on the dock would be used for input, while audio would transmit through the PC’s audio device. An LED would signal whether the user is in a call or is receiving one. Naturally, the docking station would also charge the phone during the call.

As always, there’s absolutely no guarantee that this device will make it to market. All these patent applications indicate are the concepts Microsoft is considering, and those can easily be determined unprofitable or non-viable, at a later stage. Still, I do wonder if this is something that would provide value to enterprise users.