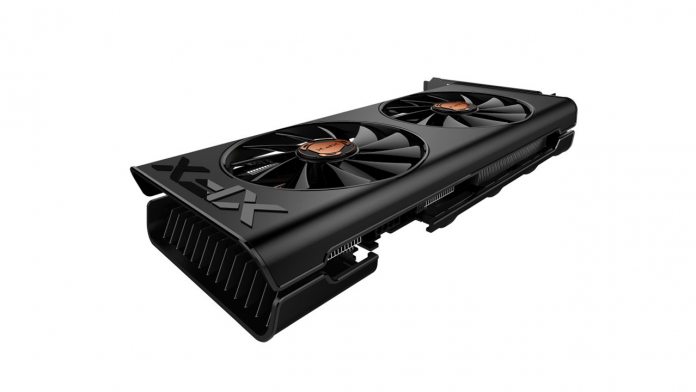 The Radeon 5600 XT hasn’t been announced yet but we already know its detailed specs. After a leak of the AsRock RX XT challenger edition on December 29, XFX’s variant appears to have been inadvertently published on its site (via VideoCardz).

The page is still live at the time of writing and contains the images, specs, features, and cooling details of the device. AMD is expected to officially reveal the card at CES 2020 next week, with the only unknown factor the price.

Essentially, it’s a slower version of the 5700, as you’d expect, but it should still be excellent at 1080p and good for 1440p for the time being. It’ll include the latest AMD features, such a PCIe 4.0, VSR, Anti-lag, and Image Sharpening.

XFX’s Thicc II Pro variant of the card doesn’t deliver any major surprises. It looks very much like the 5700XT, with copper cooling components and heat pipes, and open airflow design and other tweaks to aid thermals in its factory overclocked state.

Without benchmarks, it’s difficult to say exactly how this card will compare to the competition. By specs alone, however, it’s looking like it could compete with Nvidia’s 1660 Ti and 1660 Super cards, which are likewise positioned as a middle ground between 1080 and 1440p.

XFX lists the card for launch this month on its site, but whether that’s accurate or not is unclear.