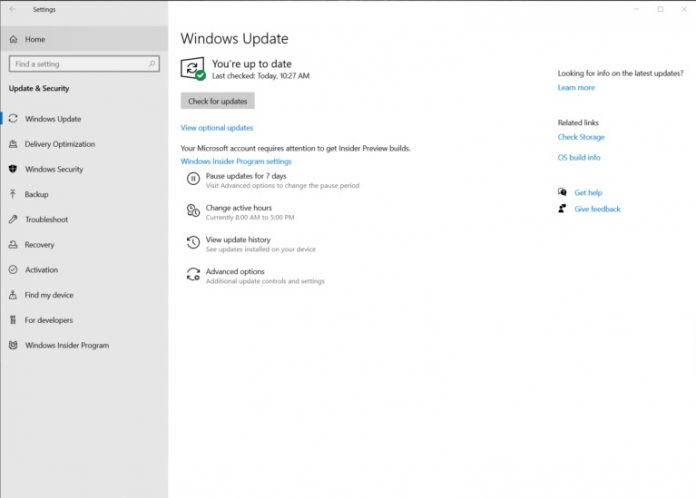 Microsoft has plans to change how Windows 10 users can install and update optional drivers. Through the release of Windows 10 20H2 later next year, the company wants to make it easier to manage drivers and updates that are not vital for security.

In the changelog for Windows 10 Build 19536 (spotted by Windows Latest), Microsoft confirmed development on changes us underway. You may remember this build was released last week, ushering in the Windows 10 20H2 branch.

According to Microsoft, the changes will allow users to manage option updates through a new section of Windows Update.

In this part of Windows Update, users can see all optional updates, such as drivers and non-security updates. Simpler management is the goal of the change. Previously, users have needed Device Manager or a third-party solution to see all optional releases.

“We’re still working on making it easier for you to see all optional updates (including drivers, feature updates, and monthly non-security quality updates) in one place,” the company said.

As this is a 20H2 branch release, the changes won’t come into effect until the second half of 2020.

For drivers, you no longer need to browse Device Manager for a specific device to update. Windows Update will automatically keep your drivers up to date, but if you’re having a problem, one of those optional drivers might help.”

Microsoft recently reversed its decision to make the second early Windows 10 update a servicing update. Instead, the old system to two annual feature releases will be continued.