Microsoft’s efforts in messaging tools have largely revolved around Skype. However, services like WhatsApp and Facebook Messenger are leading in terms of personal chat solutions. Microsoft continues to work on a solution that will make communication more efficient.

A new Microsoft Patent describes a system for simpler communication. Titled STARTING ELECTRONIC COMMUNICATION BASED ON CAPTURED IMAGE, the patent aims to use a captured image to connect with contacts within the photo.

In other words, the solution would connect with contacts in an image without the need for email addresses or phone numbers:

It’s unclear how this technology would be implemented. It’s possible Microsoft could introduce it into Skype eventually. As always, it is worth pointing out that like all patents, there’s no guarantee this technology will ever be released.

That said, it’s certainly an interesting idea that we hope this is something Microsoft will continue development on this tool. 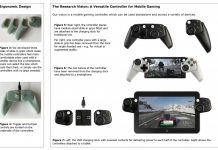