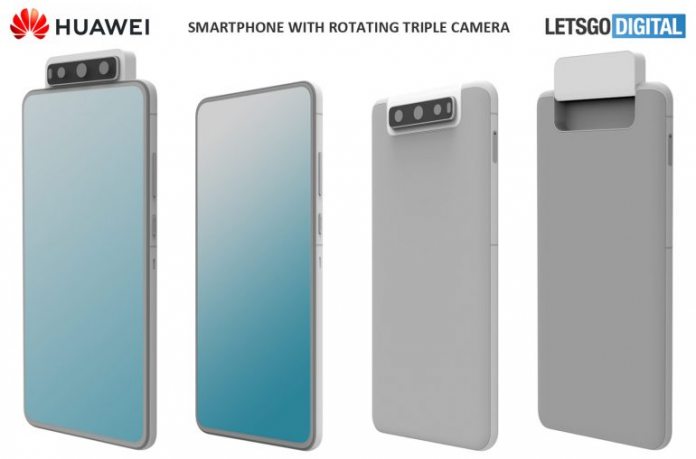 In recent years, Huawei has become the second largest smartphone manufacturer in the world, positioning itself between Samsung (1st) and Apple (3rd). Moreover, the Chinese company has also become an innovator in terms of smartphone technology. With that in mind, a new patent suggests more innovations are inbound.

Indeed, the Huawei patent point to a smartphone that will have a flip camera. That’s hardly something new considering several manufacturers already have such a module, Oppo and Samsung among them.

However, Huawei’s similar design will sport three separate camera components. In the patent (published by the World Intellectual Property Office this month), the description suggests the camera is similar to the snapper on the Asus Zenphone 6.

It’s the three cameras that really make this different. According to the patent, the camera will flip and turn 180 degrees. As with other flip cameras, this means the three lenses will function as the main camera and the selfie taker.

Among the three sensors will be a wide-angle lens, something flagships are increasingly adopting recently.

As with all patents, there’s no guarantee this module will ever be placed in a smartphone. However, considering how the market is adopting this kind of technology, we think this is a sure thing. Indeed, it’s likely Huawei will include this module in a flagship model next year.

Of course, what operating system would be on that eventual flagship remains to be seen. As has been widely reported, Huawei is banned from accessing Google services moving forward. With no ability to receive Android updates, the company may be forced to create its own mobile OS.