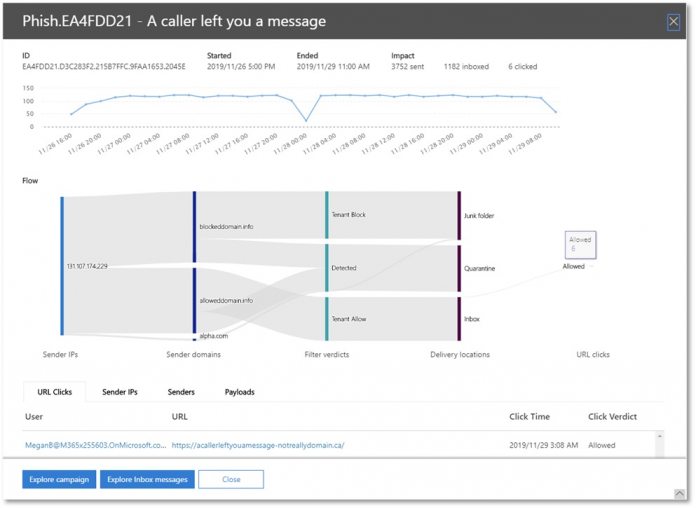 Microsoft has announced a new security features called Campaign Views. Available now in public preview, the tool is integrated with Office 365 Advanced Threat Protection (ATP). With Campaign Views will show up as a new section in Office 365 ATP Threat Explorer.

If you’re unfamiliar with ATP, it is an email filtering service that protects emails in real time. The paid subscription is available in Office 365 as an add-on.

With Campaign Views, Office 365 customers can see a complete view of all malicious email phishing campaigns that are within an inbox. Until now, Oganizations limited to only seeing details about an individual malicious email.

Microsoft says the concept behind the feature is to provide more security to admin teams. With an overview of phishing attacks, companies can get a broader idea of what methods attackers use. With the information, security teams can add protection to their organization.

Among the abilities of Campaign Views:

Campaign Views is currently available in public preview for the following Office 365 versions: