Amazon has filed a lawsuit surrounding the award of a $10 billion cloud contract to Microsoft. The move comes as no surprise, with analysts predicting action and AWS reports of a complaint shortly after.

Indeed, the entire JEDI process has been steeped in controversy. Rival tech companies like IBM and Oracle previously saying it was unfairly weighted in Amazon’s favor. In particular, concern arose of the Defense Department’s insistence on going with a single vendor, rather than splitting aspects between different companies. This led to a watchdog review of the contract.

In its heavily redacted U.S. court of federal claims complaint, Amazon accuses President Trump of “repeated and behind-the-scenes attacks to steer” the contract away from its Web Services arm.

Did Trump Shut Down His Rival?

A book by Trump’s former Defense communicator does allege that Trump told Mattis to “screw Amazon” out of the contract. The president also personally assured Bloomberg reporters that his administration would “look into” the complaints.

In its lawsuit, Amazon also notes Trump’s previous criticism of Amazon CEO Jeff Bezos. It says his motive in the involvement with JEDI was to “harm his perceived political enemy”. He has previously accused Bezos of spreading fake news with his newspaper, The Washington Post.

“DoD’s substantial and pervasive errors are hard to understand and impossible to assess separate and apart from the President’s repeatedly expressed determination to, in the words of the President himself, ‘screw Amazon.’ Basic justice requires re-evaluation of proposal and a new award decision,” reads the complaint.

So far, however, there has been no substantial evidence that Trump directly influenced the outcome of the decision. Though Defense Secretary Mark Esper joined the review process, it’s not currently clear that the contract was awarded to Microsoft unfairly. The tech giant is one of the biggest cloud vendors in the world and has worked with the Pentagon on several other efforts, including HoloLens and technical support/product engineering.

Whatever the outcome of the case, Microsoft is now under even more pressure to provide a great service. 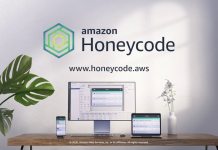