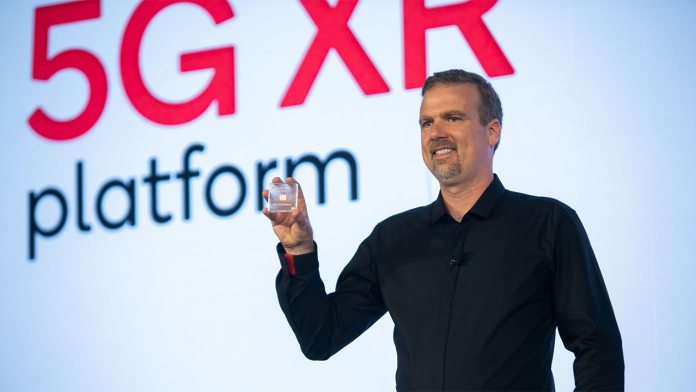 Qualcomm used its Tech Summit yesterday to announce its XR2 platform, which it says is the first extended reality platform to support 5G.

“It unites Qualcomm Technologies, Inc.’s 5G and AI innovations with our industry leading XR technology to usher in a new era of mobile computing,” said the company. “This premium-quality platform unveils custom features and boasts multiple firsts that can be scaled across augmented reality (AR), virtual reality (VR) and mixed reality (MR).”

XR2 offers great improvements over the Snapdragon 835, which powered the Occulus Quest. According to Qualcomm, it has 4x the video bandwidth, 2x the CPU and GPU performance, and supports seven concurrent cameras.

For augmented reality, it also supports a low latency camera passthrough to let users see and interact with the world in real-time. Improved 3D tracking will also help with AR, while control methods include 26-point hand tracking, lip tracking, and eye tracking.

In terms of resolution, Qualcomm says up to 3K by 3K per eye is possible at 90fps. Video can stream at 8K 60fps in 360 degrees.

The platform will be an opportunity for OEMs to build more powerful self-contained devices, but probably not Microsoft. Though we can’t speak for HoloLens 3, HoloLens 2 uses the Snapdragon 850 and a custom holographic processing unit. With the time between HoloLens 1 an 2, it feels unlikely the company will launch another AR headset before the XR2 platform is superseded.

However, though XR1 was mostly popular in devices like Google Glass Enterprise 2, XR2 is better poised. As well as foveated rendering and variable rate shading for GPU performance improvements, it’s capable of 1.5x the pixel processing of the 835 and 2.5x the pixel throughput.

In fact, Qualcomm says several OEMs are already committed to selling XR2 devices, while others are evaluating its usage. Unfortunately, no specific brands were named, but we can expect to see devices cropping up in 2020.