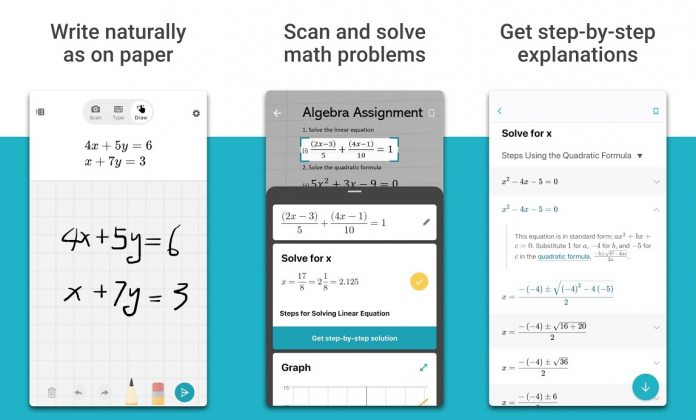 Microsoft has launched its Math Solver application on the Google Play Store for Android devices. As you may have gathered by the name, the app can be used to help users solve math problems.

Solving a problem requires minimum user input. Users simply write the problem into the app or take a photo with the device camera. Math Solver automatically recognizing the problem and offers the answer.

More importantly, the app is a true education tool because it breaks down the problem. The app provides a step-by-step explanation on how to solve the problem, complete with interactive graphs, show similar problems, and even online video lectures.

It is worth pointing out that Math Solver is currently in preview. As such, some early bugs are expected for Android users. You can pick up the app from the Google Play Store. If you have an iPhone, the app has been available for some time.