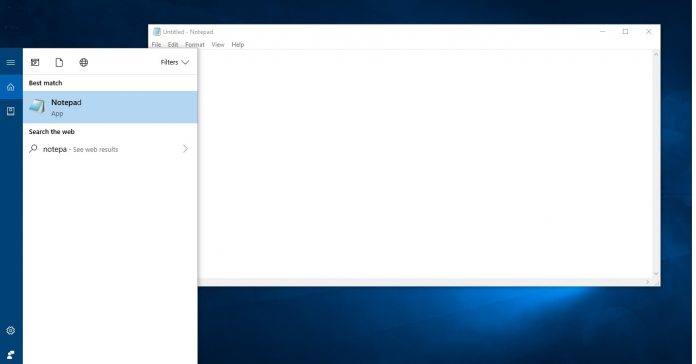 Microsoft’s Notepad app for Windows 10 is no longer available on the Microsoft Store. Instead, the company is throwing full development behind the native version that comes with Windows 10. And so ends an experiment of Microsoft delivering the Notepad app through its store.

You may remember in July the company replaced the installed Notepad app with the Microsoft Store version. The company reasoned this would allow it to update the app individually. As a Windows 10 native app, the built-in version only received updates alongside Windows feature releases.

That’s only twice a year, so Microsoft’s reasoning for pushing the Notepad to the Store made sense. However, one downside to the switch was a lack of user uniformity. Windows updates are automatic, meaning Microsoft could somewhat control how users update to the latest versions of Notepad.

On the Microsoft Store, users can choose when to update, raising the possibility to fragmentation. So, that’s why Microsoft has decided to pull the app for the Store and continue with the native version.

At least that’s what we suspect as the company didn’t offer a specific reason for the change. Microsoft did point out users who have pinned the Store app to the taskbar or Start menu will now have to do the same with the native ap.

“Thank you for all the feedback you provided on the Store version of Notepad. At this time, we’ve decided not to roll this out to customers,” Microsoft says.

It is worth noting this change won’t come to most Windows 10 users until next year. At the moment, the switch is only running through Windows 10 preview build 19035 on the Inside. That release is part of the Windows 10 20H1 (version 2004) branch that will fully release in the spring.