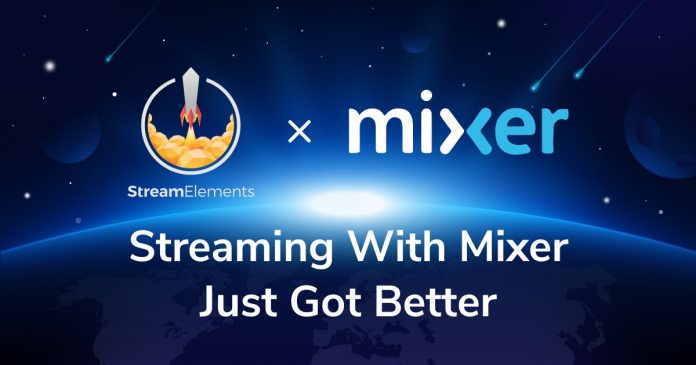 Microsoft’s Mixer game streaming service has gained an important new integration this week. Streaming tool, StreamElements, announced it now supports Mixer. This is a major addition and has been a long time coming.

“So now we can finally reveal that Mixer is integrated StreamElements into and we will continue to iterate on it to ensure it fits all of your streaming needs.”

StreamElements is a leading service that is popular amongst game streamers. It provides tools for people to customize and design the layout of their screen during streams. These layouts are hosted on the cloud.

Furthermore, StreamElements provides a selection of free pre-made steam layouts. Until now, the service has been unavailable to gamers who stream on Mixer.

These a changing, and exciting times for Mixer. Microsoft has been on a blitz of momentum in recent months, largely driven by tying up exclusive stream rights to various major streamers. Following signing an exclusive deal with Ninja, the world’s biggest streamer, Mixer has also tabbed Ewok last week.

More recently, Microsoft brought improvements to Mixer Clips. Now when a viewer starts to create a clip, they will be able to cut specific sections and preview clips.