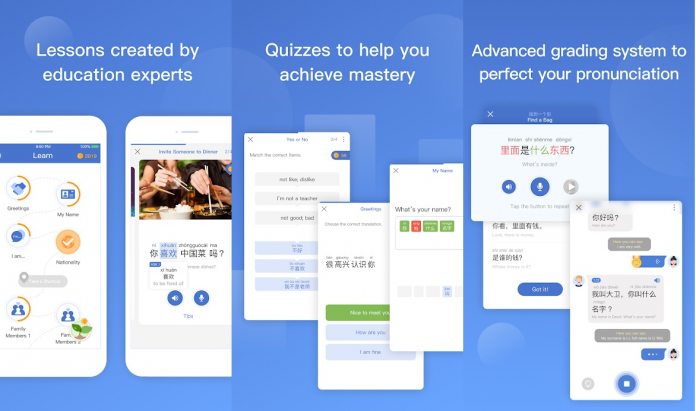 Microsoft has compared the application to a teacher’s assistant. In other words, the company does not see this as a replacement for a human language teacher. However, Learn Chinese is available 24/7 and can be focused on one student… the user.

Whenever a person uses the app and speaks, Learn Chinese provides feedback. It can do this by leverage deep neural networks to predict when the user is attempting to say. Suggestions are then provided based on pronunciation, and different words to make conversation more natural.

“You think you know Chinese, but if you meet a Chinese person and you want to speak Chinese, there is no way you can do it if you have not practiced,” explained Yan Xia, senior develop lead at Microsoft Research Asia in Beijing. “Our application addresses this issue by leveraging our speech and natural language processing technology.”

In terms of its launch on Android, Microsoft Learn Chinese is the exact same experience as on iOS. However, the Android app benefits from having the mature features that have been baked into the iOS app over the last two years.

You can check out Microsoft Learn Chinese on Android at the Google Play Store here.