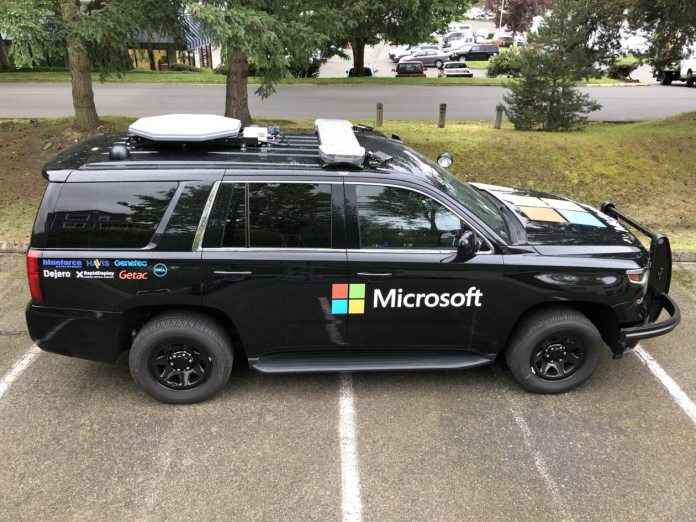 Tesla is not the only tech company with an SUV over the last week. Microsoft is at it too and has revealed the Microsoft Tactical Vehicle. Of course, this is a massive development as Microsoft is now know as being involved in vehicle manufacturing.

However, it should be noted the SUV is not a ground-up build. Instead, it is an existing SUV model infused with Microsoft technology. Either way, this move signals Microsoft becoming more ingrained within the military-industrial complex.

The Microsoft Tactical Vehicle was showcased at the Dahlgren Innovation Day earlier this month. By leveraging Microsoft technology, the SUV has numerous sensors and computing integrations. It is described as a data center on wheels that can tap directly into Microsoft Azure Cloud.

During Microsoft demonstration, the company showed how the vehicle provides augmented reality and virtual reality solutions. With the technology, warfighters of the future will have more dynamic mission planning capabilities.

Winning the JEDI contract from the Pentagon has been a complicated process. Other companies were removed for the running for simply lacking the cloud infrastructure necessary.