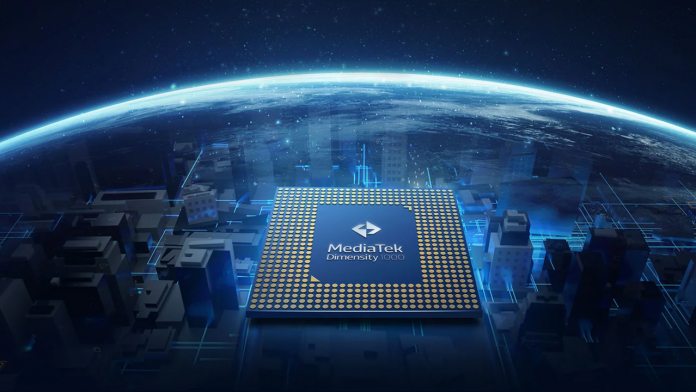 MediaTek has announced Dimensity, the “world’s most advanced 5G chipset family”. Among its offerings will be Dimensity 1000, a 7nm 4.7 Gbps download smartphone chip that’s capable of dual 5G connections.

It’s promising the most efficient chip on the market, with four ARM Cortex-A77 cores at up to 2.6 GHz and 4 Cortex-A55’s at 2 GHz. It’ll also be the first chipset with the Arm Mali-G77 GPU, which it says will “enable seamless streaming and gaming at 5G speeds”.

Here are the other features of the chip:

The SoC’s ability to pack all of these features into a small area should give OEMs more space for batteries or camera sensors. Beyond the smartphone space, the Dimensity line is expected to come to laptops in 2021 via OEMs and an Intel partnership. In combination with Intel processors, Dimensity 5G chips will offer an always-connected alternative that isn’t tied to ARM’s middling performance or app ecosystem issues.

You can read more about the line in MediaTek’s press release.