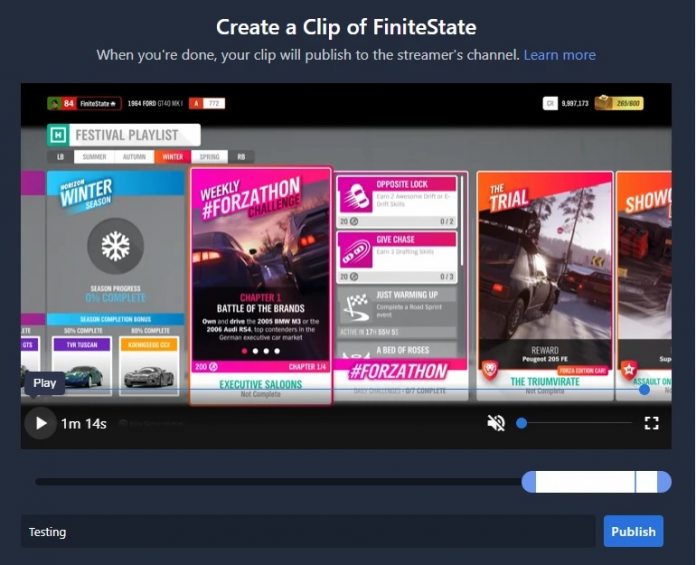 In 2018, Microsoft introduced a new feature on its Mixer game streaming service called Clips. This tool allowed viewers to record mini 15 to 60 second videos in a stream and use them for replays during a live stream. Microsoft is now rolling out some new improvements to the Clips tool.

Users have often argued creating clips on the web has been complicated. Microsoft has now made this process more efficient. Now when a viewer starts to create a clip, they will be able to cut specific sections and preview clips.

Elsewhere, Mixer now provides more control over who is able to create a clip on a channel. People who are Mixer Partners can broaden the ability to create a clip to all viewers. Alternatively, the feature can be limited to a subset of users based on channel progression rank.

In a blog post today, the Mixer team explains how the new Clips experience is used:

“To access the new clips experience, just navigate to a Partner’s stream and click the new clips icon. For a short time, this new icon will be next to the old clips icon to ensure a quality experience as we roll the new system out fully.”

These a changing, and exciting times for Mixer. Microsoft has been on a blitz of momentum in recent months, largely driven by tying up exclusive stream rights to various major streamers. Following signing an exclusive deal with Ninja, the world’s biggest streamer, Mixer has also tabbed Ewok last week.