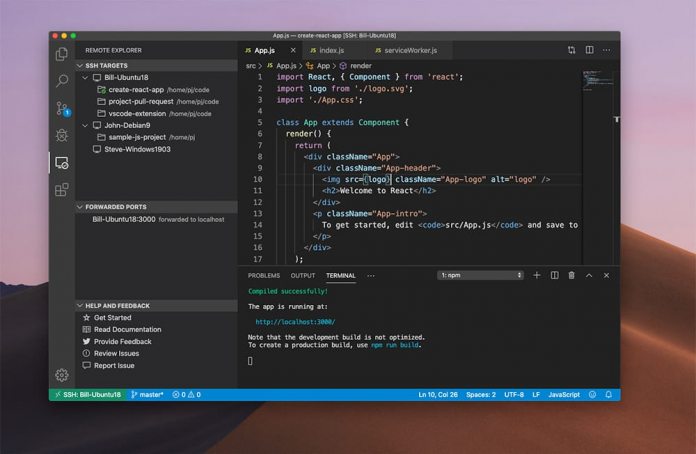 Microsoft and Facebook have announced a new partnership that will see the social network use Microsoft Visual Studio Code internally. Specifically, Microsoft’s development platform will be used on Facebook’s new cross-platform development solution.

Facebook has decided to embrace Visual Studio Code to drive its own development. Microsoft’s solution is a good choice considering its widespread support in the open source community. Indeed, VS is mature platform that is perfect of a major development environment.

In a blog post, the social network explains why it chose Microsoft’s tool to drive internal development:

“For example, when it comes to code, Facebook is a polyglot. Code is written in Python, C++, Java and in some of our own created languages like Flow, Hack and Reason. Extensions exist to support these languages, which include syntax highlighting, formatters, linters, etc. Flow, for example, has had a Facebook-developed public Visual Studio Code extension since 2015. With Facebook’s internal move to Visual Studio, Flow has been in active development, through areas like Language Service Protocol (LSP) improvements, to better ensure the language works great with Visual Studio Code.”

It’s been a while since Microsoft and Facebook partnered in a significant way. The two companies used to be regular co-collaborators, teaming on various solutions such as app development and promotional efforts.

However, in recent years Facebook has preferred to walk its own path and develop its own software internally. The new connection with Visual Studio changes the recent trend and teams Microsoft and FB once again.