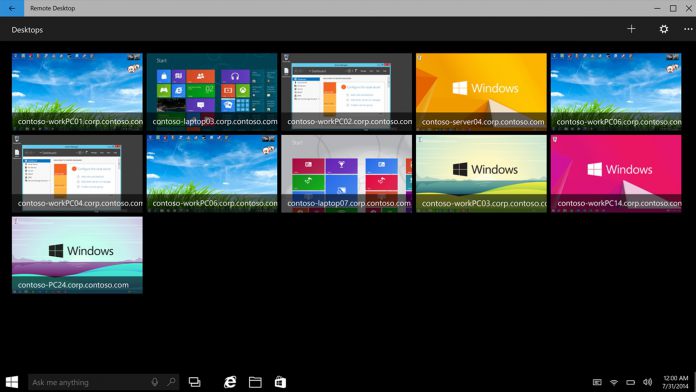 Microsoft’s Remote Desktop app is now available to ARM64 users via preview release. The version, which was released on October 31, was recently noticed by MSPowerUser.

You can now download the Remote Desktop client for ARM64 via this link. With the release of the Surface Pro X, the availability is especially topical. Naturally, it won’t install if you’re using a non-ARM PC with an Intel or AMD chip.

As it’s a preview, it’s also likely there will be bugs. In that case, it’s worth noting that the app also has a 32-bit preview. As this isn’t based on a new CPU architecture, you may be less likely to run into issues, but have reduced performance due to emulation.

As most will know, Remote Desktop lets you another PC or virtual app as if it were you own. It’s used frequently for Virtual Private Servers and in enterprise scenarios when working from home. As a result, it’s important for Microsoft to get the app right if it wants to win those customers over to ARM PCs.

The preview version of Remote Desktop is 1.2.248, versus the .247 of its public counterpart. As well as the ARM64 support, .248 makes the following changes:

You can find the latest Remote Desktop clients here, or regular Windows 10 users can grab it from the Store.