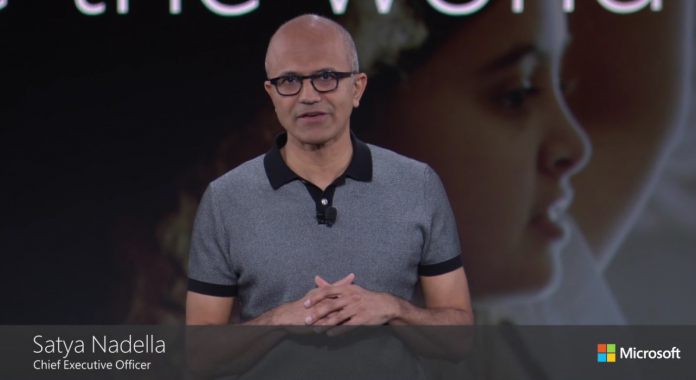 While Microsoft’s renewed success in recent years has been a team effort, the rejuvenation of the company has largely been attributed to one man. CEO Satya Nadella has been showered with praise for turning Microsoft around on the back of his cloud first strategy.

In a new interview, Nadella has detailed the one piece of advice that has propelled his business life since. It came from Doug Burgum, current governor of North Dakota and former Microsoft head of Business Solutions.

52-year-old Satya Nadella was still in his 30s when Burgum dropped the following truth bomb:

?(Burgum) said, look, you’re going to work … at Microsoft more time than you are going to even spend with your kids,” Nadella recalled at a Stanford University Graduate School of Business speech in October.

However, Nadella admits there was at least an element of truth to Burgum’s comment. The CEO says work takes up so much of his life that he realized he needed to connect more deeply with it. Nadella says this meant finding more relation with those he works with.

“I take great pride in these people whom I’ve mentored or go on to do great things,” Nadella said.

“The technologies will all be passed in time, but the people, what you did, how you behave … that’s the relationship that I think you seek out while being true to yourself, and what makes you happy.”

Since taking the helm at Microsoft, Nadella has steered the company in new territory. While the company has never been unsuccessful, many predicted Microsoft’s better days were behind it. Nadella jump started a giant that was seemingly going to slumber.

The result has been huge growth over his five-year tenure. Nadella has driven Microsoft to double its market cap from $500 billion when he took over to over $1 trillion today. Revenues and profits have both reached record levels under him.