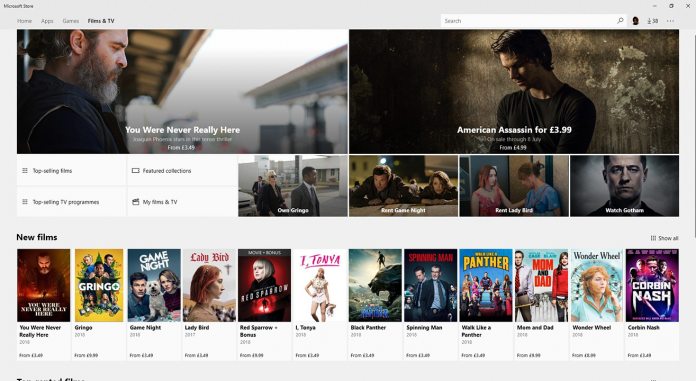 Microsoft has tried its hand at consumer-fronted services and largely failed. For example, Groove Music came and went as a Spotify rival in just a few years, while Zune was a monumental disaster. We can also file the Movies and TV app under the same. However, oddly Microsoft has kept this app alive.

While we would wager not many people use Movies and TV, Microsoft has kept its app up and running. Even more surprising, it seems Redmond has future plans for the service.

According to a tweet by Microsoft employee Rudy Huyn, Movies and TV will receive ongoing development. You may remember Huyn was a long-time Microsoft employee who left for Dropbox five years ago and returned to Redmond in September.

In his tweet, he says Microsoft is seeking a “Senior Engineer” to help “build the future of Microsoft Movies & TV”. The  accompanying job listing says the following:

“We build and maintain applications and services that power Microsoft Movies&TV on hundreds of millions of Windows 10 based devices including Xbox, HoloLens and Surface.”

Our Paris team 🇫🇷 is looking for a Senior engineer to build the future of Microsoft Movie& TV (and more…)! Send your resume here: https://t.co/guhiqx68Xa #MicrosoftCareer #Pax

One obvious reason why Microsoft wants a consumer services portfolio, which would include Movies and TV, is for its upcoming Surface Duo. Announced last month, the smartphone is based on Android and will launch next year.

Movies Anywhere is available at MoviesAnywhere.com where new users can start the registration process via the “Get Started” button. Microsoft account holders can sync their Movies and TV accounts to the service. Any movies and shows will now appear in Movies Anywhere to be accessed on Windows and Xbox.