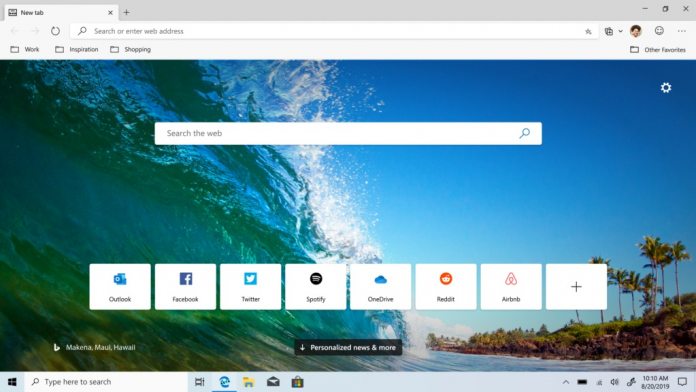 Microsoft seems to be inching closer to a release of its Chromium Edge browser, which has been in preview since April. In its latest step, the company has expanded the number of platforms the Chromium-based browser is available on.

Specifically, Chromium Edge is now available for Windows Server through download links on the Edge Insider website. This release adds another platform to the browser’s reach.

At its preview launch, Edge was working on Windows 10 only. Since then, Microsoft has rolled out the preview to macOS, followed by Windows 7, Windows 8, and Windows 8.1. We are expecting a Linux version to also arrive at some point.

If you are unfamiliar with the Chromium Edge preview, it is available in three channels:

Microsoft is also readying a stable release. The company has not confirmed when the full release of the new Edge experience will be officially launched. However, it is worth noting users can access and download the stable version already. Back in August a leak of the Stable channel found its way online.

Earlier this week, Microsoft debuted a new logo for its Edge browser, complete with a SURF game to tease the change.