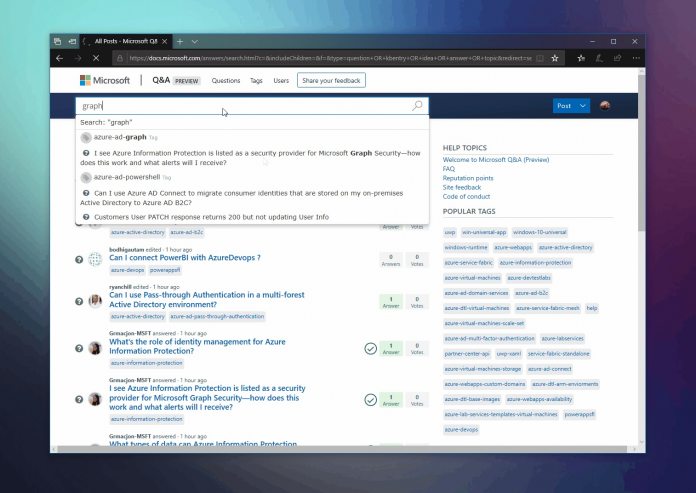 Microsoft has announced it will replace both TechNet and MSDN forums with a new Microsoft Q&A service. The company says this will move all technical queries under a single roof. If a user has a question, they can now head to Microsoft Q&A.

According to Microsoft, the new destination is an extension of the Microsoft Docs service. As such, Q&A will use the same authentication process. On the platform, users can post a question and use tags to group them with other questions in the same field.

Answers given on the platform will gain reputation points for the users. Voting on answers will also get points.

Here is the full feature list for Microsoft Q&A:

If you want to know more about the service, check out the details here. A preview for the service is also available, find it at Microsoft Q&A here. MSDN and TechNet forums are now inactive and cannot be used. Microsoft says existing conversations and answers on those forums will remain.

Microsoft is seemingly moving away from the MSDN name. In August, the company says MSDN Magazine will be removed online and will no longer be in print. The magazine will shutter in November.

“As Microsoft products and services expanded exponentially over the years, MSDN Magazine has gone through its own evolution, as well. We realized that it is time to retire MSDN Magazine and to carry on its work through Web channels like docs.microsoft.com.”