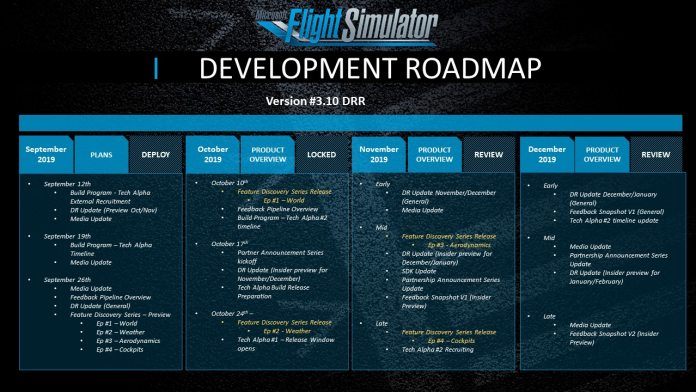 Microsoft has today started opening access to the first Tech Alpha build of its upcoming Flight Simulator game. Redmond has detailed how users can participate in the testing process and what builds are currently available.

Available on PC and Xbox in 2020, Flight Simulator already has an Insider Program available. Microsoft has been updating the title weekly and earlier this month road-mapped its Tech Alpha 2 release.

With the rollout of the first Tech Alpha build, Microsoft is making a few promises. Firstly, the company says users who were not chosen for the first alpha build will be automatically registered for the second.

Microsoft says it wants to get “everyone interested in early build testing, actually testing early builds”.

Alongside the Tech Alpha, Microsoft has also debuted the second episode of its Flight Simulator Feature Discovery series. This time, the series will look at how the weather system in the game works and how it can change dynamically.

“Right after the E3 trailer came out there was a lot of people making that exact assumption, that ‘Oh yeah, this better be supporting VR right from the get go.’ It honestly wasn’t our plan. But we are listening, and we heard it, so we will try our darnedest to make it happen. Whether or not we’re going to pull it off for launch, we can’t commit to that at this point in time, but we are aware of the desire […] We will try to prioritize that over other things.” 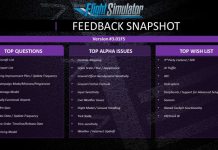 Microsoft Flight Simulator Back on Track with New Development Roadmap