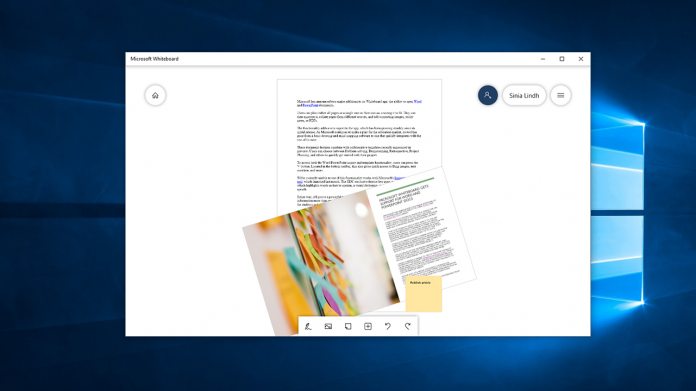 Microsoft has announced two major additions to its Whiteboard app: the ability to open Word and PowerPoint documents.

Users can place either all pages or a single one on their canvas, resizing it to fit. They can then annotate it, collate pages from different sources, and add supporting images, sticky notes, or PDFs.

The functionality adds a new aspect to the app, which has been growing steadily since its initial release. As Microsoft continues to make a play for the education market, its tool has gone from a basic drawing and mind mapping software to one that quickly integrates with the rest of its suite.

These document features combine with collaborative templates recently announced in preview. Users can choose between Problem-solving, Brainstorming, Retrospective, Project Planning, and others to quickly get started with their project.

To access both the Word/PowerPoint import and template functionality, users can press the ‘+’ button. Located in the bottom toolbar, this also gives quick access to Bing images, text insertion, and more.

We’re currently unable to test if this functionality works with Microsoft’s Immersive reading tool, which launched last month. The EDU-exclusive feature lets users enable focus mode, which highlights words as they’re spoken, a visual dictionary, and the ability to locate parts of speech.

Either way, it’ll prove a powerful upgrade for students who wish to avoid typing out information more than once. It also cements Whiteboard’s role as a sort of collaborative hub for students and colleagues.

You can grab the latest version of Whiteboard from the Microsoft Store.