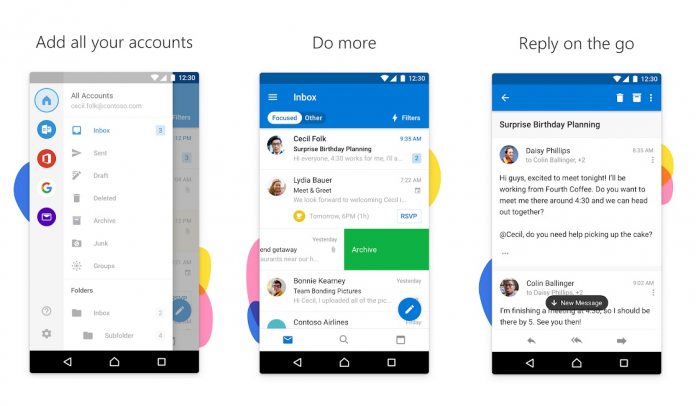 Microsoft has issued an update for its official Outlook email application on the Android platform. With this release, the app has been bumped to version 4.0.45. While this is not a feature-rich update, it does make some important changes.

Specifically, Outlook on Android now supports Actionable Messages. With this tool, users can complete Microsoft Office tasks directly within an email without leaving the app. Microsoft has added buttons on email winders to help people interact with Office.

Microsoft explains in its release notes how the feature works:

“Get more done without leaving your inbox! Outlook for Android now supports Actionable Messages for emails from Microsoft Flow, SharePoint, MyAnalytics, and more. You’ll see buttons in the body of supported messages that let you take action in context. (Office 365 and Outlook.com accounts)”

This is a useful addition to the Outlook experience on Android, allowing users to be more productive in the app. If you are yet to use Outlook on Android, you can check out the app from the Google Play Store here.

In September, Microsoft brought POP3 support to Outlook on Android. POP3 accounts are over two decades old, but the Post Office Protocol is still used. Outlook now supports accounts created in POP3. Users can make an account through the app settings.

Furthering changes to how Outlook interacts with screens, Microsoft says users can now have as many windows open as they want in DeX mode. DeX is a Samsung Galaxy feature that allows the smartphone to be mimicked on a desktop screen.