Microsoft has confirmed the official name for Windows 10 19H2 and with it a rough idea of its rollout schedule. Sticking with the recent naming scheme, it will be named the November 2019 update and is being prepped for the final release as we speak.

In fact, those on the release preview ring of the Insider Program should already see the update. I can confirm that it’s present on my machine, which was set to “Just fixes, apps, and drivers” in Insider settings.

The November update (1909) clearly isn’t limited to apps and drivers, but there’s a reason Microsoft is being less cautious with its rollout. Unlike previous efforts, this update shares the same servicing content as 1903. This means it’s available as a cumulative update rather than using the fully-fledged feature update methodology. This should mean fewer issues and a quicker upgrade process. 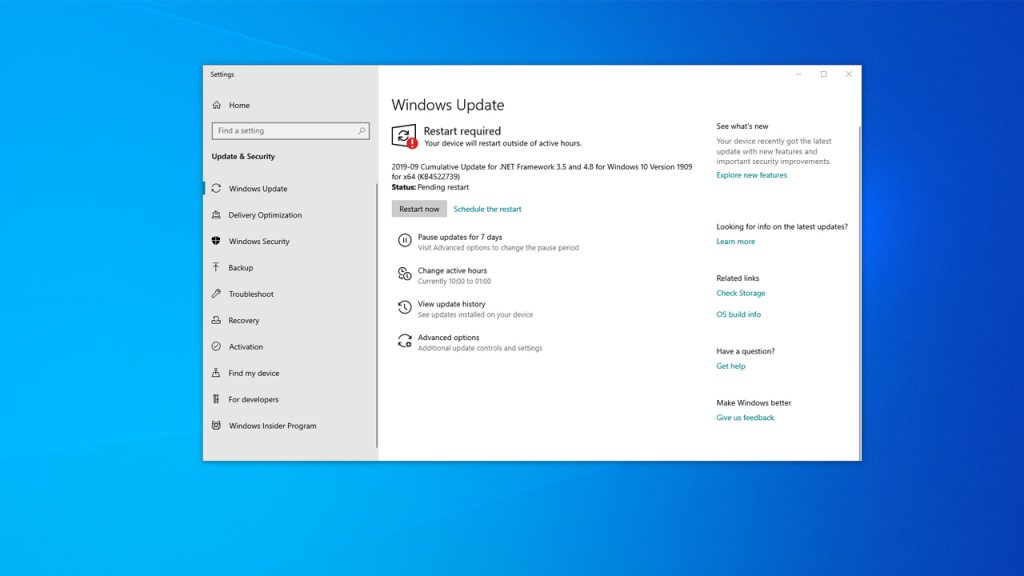 As for what to expect in the coming update – not much. This is a minor change when it comes to features, focusing mostly on quality of life improvements and bug fixes. As we predicted from Insider builds, the ability to invoke non-Cortana digital assistants from the lock screen is one of the biggest additions.

Users may also notice that they can quickly create calendar events straight from the Taskbar flyout. After selecting a date and entering a name/time, they can also choose which calendar.

Minor changes have also come to the Start Menu. When you hover over the navigation pane it’ll automatically expand. In the Action Center, you’ll find a link to notification preferences from individual apps rather than having to manually check Settings.

Meanwhile, the search bar in File Explorer has been given a slight makeover to mark its transition to Windows Search. Microsoft says this should better integrate results from other sources, such as OneDrive. The search box also suggests files to search as you type.

As usual, there have been a ton of bug fixes and accessibility improvements, from the reduction of inking lag for third-party OEMs to improved CPU performance. These changes will add up to an experience that’s notably better, but not drastically different from 1903.